Little Jack Palmer defied the odds to become the youngest in more than a decade to survive a double transplant.
Save article
ByStephanie Grassullo
Associate Editor
PublishedSep 2018 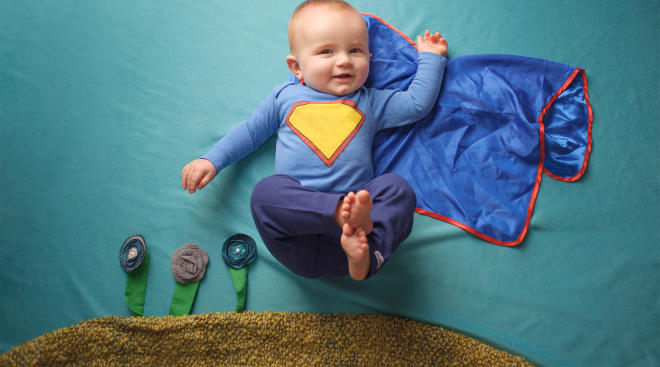 Seven-month-old Jack Palmer has already overcome more obstacles than some people face in a lifetime. After becoming the youngest in a decade to undergo a heart and lung transplant, the miracle baby went home for the first time.

For months, the Kansas City, Missouri family has been sharing their rollercoaster story on their Facebook page, Jack Liam’s Journey. A recent post announced their elation to finally be able to bring their baby home after months at the hospital.

“Jack is home. We are all home! This weekend was the first time we were all together as a family, at home, since Christmas,” the mother shares. “It has been amazing, a little stressful and chaotic at times, but still amazing. We are still getting settled and finding a good routine that works. Jack is adjusting to the chaos well and now understands why we kept telling him he was going to the zoo,” the mom jokes.

When Jack was born, he had hypoplastic left heart syndrome, an extremely rare condition that causes the left side of the heart to be underdeveloped, Today reports. After his birth, the family was faced with a difficult decision: Withdraw care or put Jack on the waiting list for a heart and lung transplant. Once they made the decision to be added to the list, they hoped for a miracle.

And that’s just what they got.

But while Jack’s homecoming is an incredible moment for the Missouri family, they also know it will be a rough road ahead. “So what’s next? Well, we have several appointments this week here in Kansas City to establish care with a pulmonologist and his pediatrician. We will be scheduling a sleep study, most likely in St Louis, here in the coming weeks,” the post explains.

“Jack’s left diaphragm is paralyzed which is inhibiting his left lung from inflating completely. This is not uncommon with lung transplants. They are hoping that with the CPAP and him growing, his diaphragm will become stronger and we can avoid another surgery down the road to fix it,” the update says. “We will continue to wean his narcotics and a few of his other meds with the help of our team in St Louis. Besides Jack’s sleep study, we pray we can stay home in Kansas City until his next scheduled procedures at the end of November.”

Despite all that, the family remains positive and knows their little warrior will continue to fight, and they are thankful for all the support they’ve recieved. Although Jack isn’t even one year old, he already has an entire community rooting for him. His Facebook page has more than 4,000 followers, many of which have left inspirational messages for the baby and his family.

“We can’t thank you all enough for your love, support and prayers. We continue to be amazed at how many lives Jack has touched. We hope his journey brings hope to those who need it, [Congenital Heart Defect] awareness and organ donation to all as well,” they share.