This Baby's Case of Lead Poisoning Warns Against Homeopathic Teethers

Here’s what to avoid in a teether and what to look for instead.
ByAnisa Arsenault
Associate Editor
PublishedSep 2017 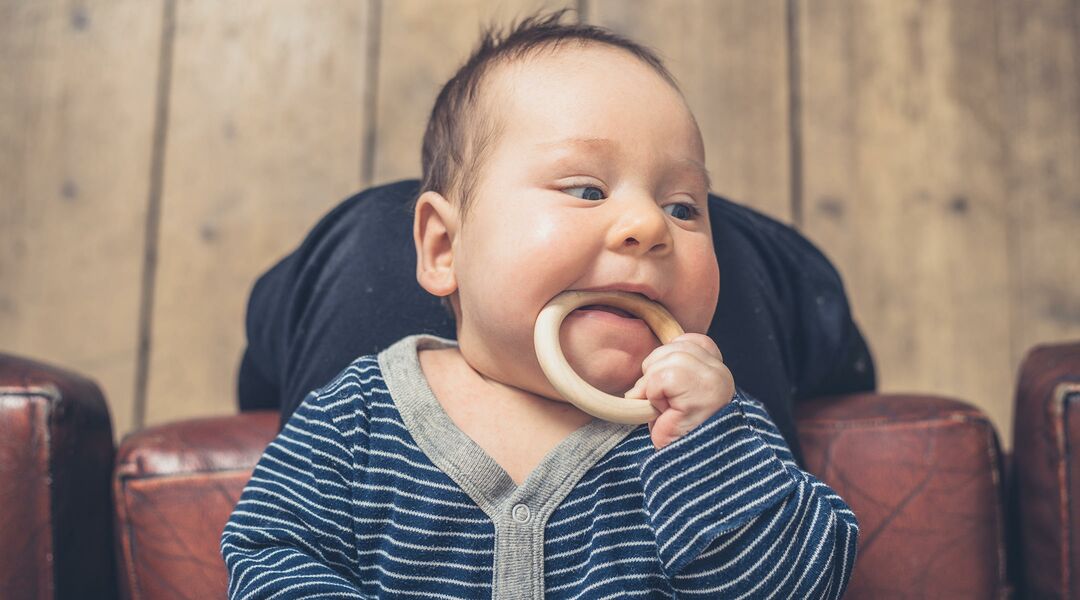 When a baby girl in Connecticut was diagnosed with lead poisoning, all signs initially pegged her home as the source of blame. It was built in 1926 and a few windows were lined with lead-based paint. But that wasn’t enough to account for the fact her blood lead levels were eight times higher than the amount considered abnormal.

A deeper investigation found that the baby often wore a handmade teething bracelet from a local art fair. Described by the family as a “homeopathic magnetic hematite healing bracelet,” its beads tested positive for 17,000 parts per million (ppm) of lead. For reference, most lead-based paints have a ppm of about 5,000.

While they’re not sharing an update on the baby’s condition, the Centers For Disease Control and Prevention (CDC) is sharing the report of the incident to warn parents about the types of objects babies put near their mouths. Most lead poisoning occurs through oral ingestion of a lead-containing product.

“Caregivers should be made aware of the risks for lead poisoning resulting from children wearing or handling handmade or adult metal jewelry, even if items are manufactured or purchased in the United States, because infants have natural mouthing behaviors,” the report says. “These items can also pose a choking hazard for small children. Cases of lead poisoning in these situations should be reported immediately to local public health departments so that timely investigation can be conducted and the source eliminated to prevent further cases of poisoning.”

This isn’t the first time a teether has sparked safety concerns for baby. Last year, the FDA warned against homeopathic teething tablets and gels. They haven’t been evaluated or approved for safety, and they’ve been linked to seizures and deaths.

The safest teethers are made from silicone or rubber. Parent-favorite Sophie La Girafe, for example, is made entirely from natural rubber and food paint. See a few of our favorite teethers here.