Giving baby control is not as scary as you think.
ByHana Maeda
PublishedSep 2016 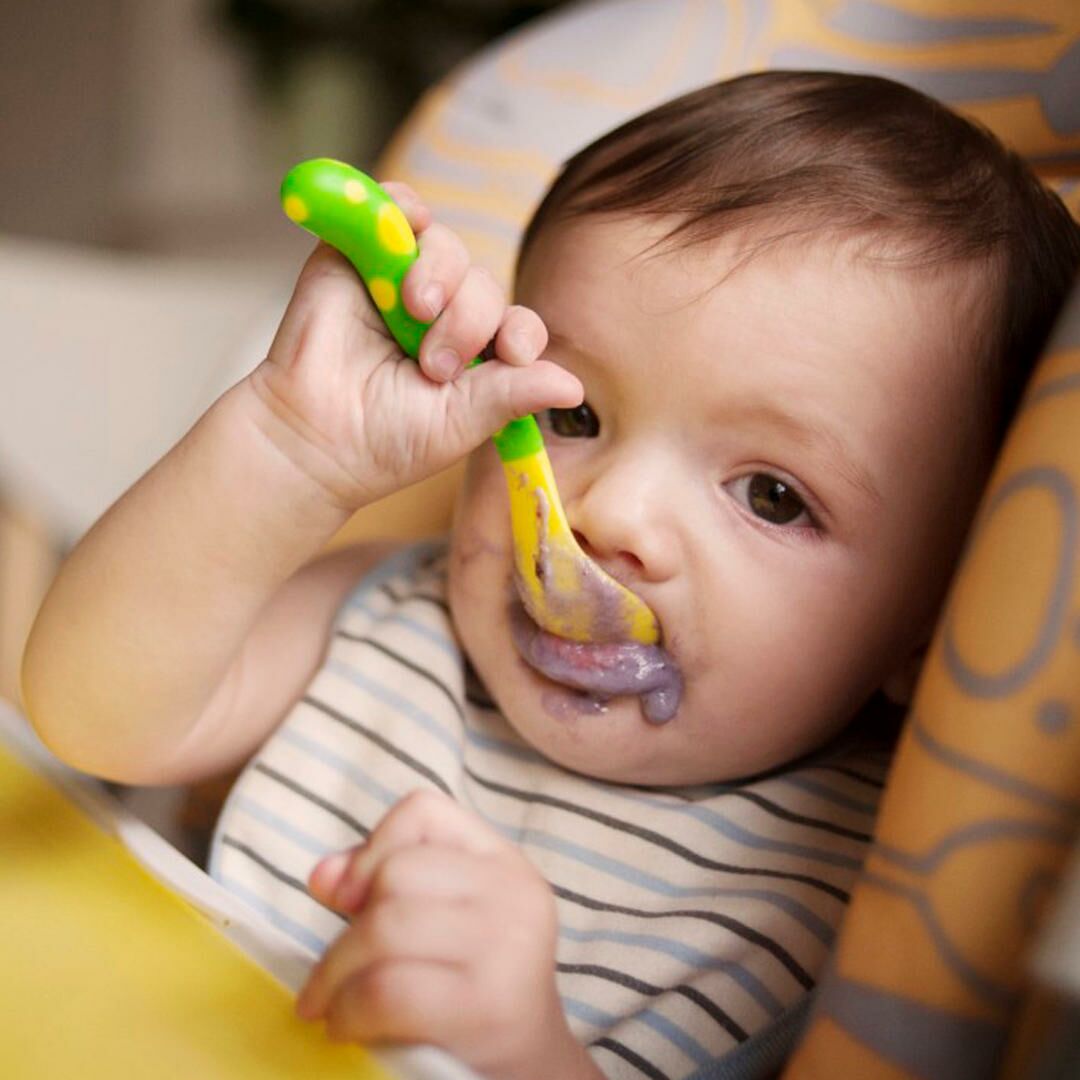 Introducing solids is an exciting—but messy—milestone, usually right around 4 or 6 months. While most parents go for the spoon-feeding strategy to introduce purees or chopped foods, a new approach is on the rise that makes things even messier. Baby-led weaning allows infants to feed themselves with soft foods. And while the thought of giving babies free reign to stuff their faces sounds concerning, a new study determined baby-lead weaning is no more dangerous than spoon-feeding.

In the study, published in the journal Pediatrics, researchers from the University of Otago in New Zealand set out to evaluate and compare the safety of both practices. They randomly assigned 206 infants to either traditional spoon-feeding or baby-led weaning groups, giving parents in the latter group detailed guidelines on how to safely let their babies feed themselves. Researchers encouraged parents trying out baby-led weaning to:

Parents were asked to record when baby gagged or choked both at 6 months and 8 months old. With more than 8,000 reports gathered from parents, gagging was common for both spoon-feeding and baby-led weaning, affecting about a third of all babies at least once.

Researchers also noticed that neither feeding method posed an increased risk of choking, deeming them equally safe. They did notice, however, several foods parents were offering in both groups were hazardous whole foods. Bottom line: It’s not about how parents feed baby, but what they feed baby. Ready to start introducing solids? Here are some suggestions for the right first foods.