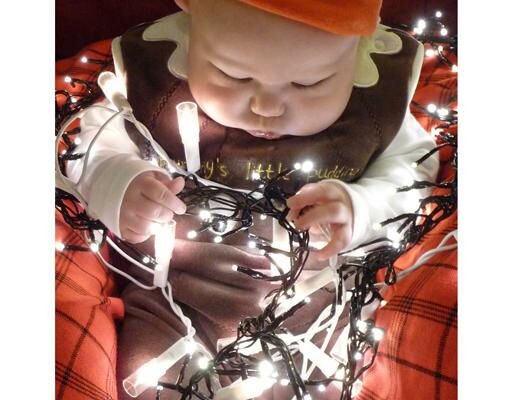 ‘Tis the season to climb into attics and open basement doors to drag out boxes labeled in rough Sharpie containing Christmas paraphernalia. For some, decorating the house and yard can be a real eye-rolling chore, but for others it’s a tradition that involves the whole family and can benefit an entire town. In one such community located in New York’s Hudson Valley, a single house became locally famous a few decades ago for its elaborate Christmas lights and decorations. Now, nearly 30 years later, there’s reason to flip the switches and let the holiday cheer shine again.

Back in the 1980s and ‘90s, Peter and Janina Sikora’s home was dubbed the “Christmas House” by admiring locals. Located in Valley Cottage, a hamlet nestled in Rockland County, New York, the Sikora’s home was an extravagant showcase of homemade decorations and animated lawn ornaments. Once the family’s children grew and left the home, however, the Sikora’s retired their ornate displays in hopes of one day reviving them for the next generation. Nicole (Sikora) and Chris Mooney, however, had a “little bit of a different journey” when it came to trying to start their own family. When the couple, 34, married in June 2014, they knew immediately they wanted to have children. But after three years of unsuccessful attempts, the Mooney’s turned to fertility doctors to help them make their dream come true. “We had to fight for our family,” said Nicole Mooney.

After eight rounds of IVF, eight miscarriages, and eight egg retrievals, the Mooney’s turned to gestational surrogacy and found “their angel,” a surrogate from Pennsylvania, who gave birth to their son, Christopher James, nine months later without any complications. “He’s our miracle baby,” an emotional Nicole Mooney beamed.

Now, after a 19-year hiatus, there’s real reason to bring the legendary decorations out from hibernation. “We have a grand theme this year, The Circle of Life, The Lion King, in honor of Christopher, and we can’t wait to share our joy with everyone this season,” continued Mooney.

Peter Sikora, the mastermind behind the spectacle, said, “About 19 years ago, the kids were older, and we decided to, you know, stop it because it’s a lot of work, and they said, once we have a grandchild we’ll revive it again, and, here we are.”

The families expect several hundreds of visitors over the course of the holiday season. “When I told some of my friends it was coming back, they went crazy for it, and they said, ‘Oh my goodness, every year we’d come,’ and now I get to take my children here so it’s very exciting that the next generation gets to enjoy this,” explained Mooney.

Sometimes it takes the smallest package to revive a big holiday tradition.