From Anwen to Atticus and everything in between.
Save article
ByPamela Redmond Satran
Nameberry
PublishedDec 2017 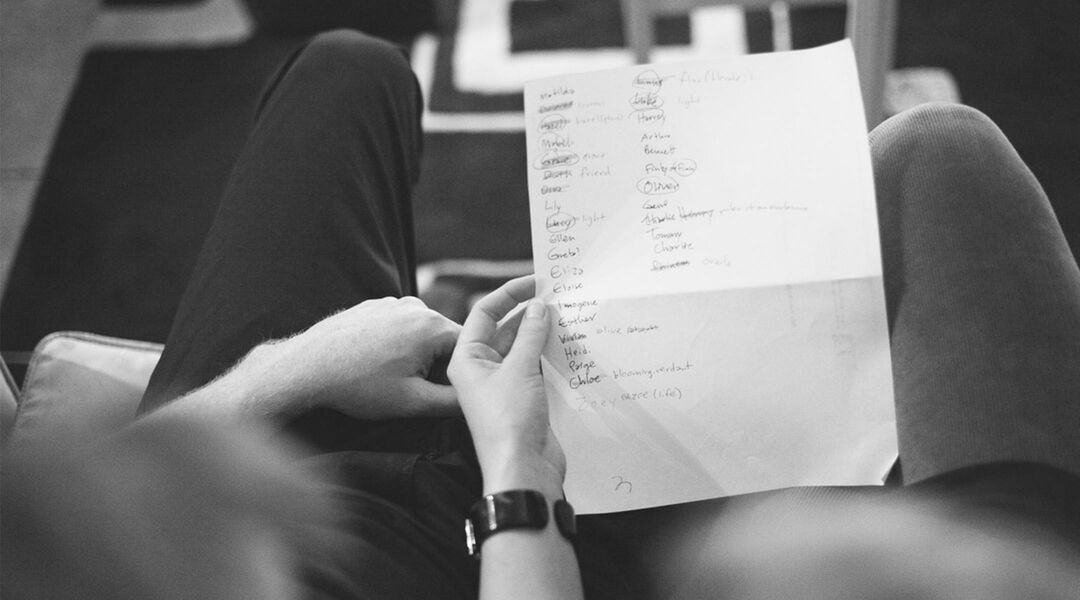 We head into 2018 following a year of surprises: The rise of powerful women after the fall of the first female presidential candidate and a host of unexpected heroes and villains on the world stage. For Nameberry’s 2018 baby name trends, that means it’s time to get serious. In the year ahead, we predict a stronger taste for heroic names for both daughters and sons, increased flexibility in using names to equalize the genders and a more adventurous search for names that have deep roots but feel fresh in the modern world.

From Wonder Woman to women’s marches to mostly-female whistle-blowers, 2017 is propelling us into 2018 with an emphasis on powerful women and strong female names. A handful of studies have identified the names most likely to get into top colleges, like Eleanor, Margaret and Ruth.

Other winners are names that mean ‘intelligence’ or ‘wisdom,’ such as Sophia and Pallas, names that mean ‘strength’ such as Matilda and Bridget, and names of heroines and goddesses, such as Freya, Luna, Arya, even Sojourner.

There are no baby Trumps or Obamas yet, but with so much focus on America’s chief executive, we believe Presidential names will only get hotter for both girls and boys. Kennedy, Madison, Reagan and Taylor are already popular for girls, while Carter, Jackson and Tyler rank for boys.

When we calculated Nameberry’s Most Popular Names of 2017, we discovered something really new and interesting: The top boys’ names were impacted much more by fashion shifts than girls’ names. That’s a turnaround from basically forever. Historically, boys’ names tended to be more conservative and move more slowly up and down the popularity ladder because so many boys were given family names to cement lineage and inheritance.

Now, we foresee boys’ names being chosen for the same style considerations as girls’ names, with such fashionable choices as Atticus, Jasper and Wyatt among the Nameberry top 10. Parents are favoring names like Jackson over John and Milo over Michael.

Consonant Of The Moment: S

‘S’ is an unusual case: The fashion of using the letter at the end of names has inspired a growing taste for names that begin with ‘s’. Shining even more brightly next year will be Snow, Story, Sunday, Sage, Sasha, Sayer, Soren, Stellan and Saskia, along with ‘s’-enders that go far beyond Lucas and Alexis.

Many of the sweetest ‘s’-ending names for boys derive from ancient Roman clan names: Amias, Augustus, Aurelius, Cassius, Justus, Lazarus, Linus, Ozias and Rufus. But we also love the Hebrew Amos, the English Brooks and the Aramaic Thaddeus. The girls’ side is slighter, but look for such ‘s’-ending girls’ names as Anais, Frances, Iris, Venus and Lois.

Name Endings Most Likely To Switch Genders: -Er And -I

Back in the olden days, names that ended in ‘i’ were for girls and names that ended in ‘er’ were for boys. But those two constructs are starting to skip gender lines. Many of the hottest girls’ names borrow the boys’ -er ending, from the popular Harper and Skyler to newcomers Aster, Ember, Juniper and Sailer. For boys, Eli and Levi are opening the door for Ari, Omari and Rafi.

Maybe because we’ve grown so fond of those Game of Thrones dragons, the next best undiscovered source for names is Wales, whose symbol is the dragon. Although part of the United Kingdom, the Welsh language shares status with English as the nation’s official language, and many Welsh names thrive in that country and are prime for export.

Superheroes dominate the multiplex and their names are taking over the world. A prime example is Kylo, the antihero of the Star Wars movies and the fastest-rising boys’ name, according to Social Security statistics.

Unisex names weren’t invented in the 21st century, or even the 20th. The 1890s saw a craze for boyish nickname-names for girls, often ending in -ie, a trend we see stirring to life again. It’s a fresh way to cross genders with an honor name, so that grandpa Frank might inspire granddaughter Frankie. Celebrities such as Mark Zuckerberg and Drew Barrymore helped propel this trend forward with Maxima and Frankie, respectively.

It’s a testament to the star power of young Irish actress Saoirse Ronan that she’s propelled her unlikely name to stardom. Don’t get us wrong; we love the exotic Irish Saoirse, and so do many new parents. It was the third fastest-rising girls’ name in this year’s statistics. But the spelling and pronunciation may baffle anyone who didn’t study the Irish language and has not heard Ms. Ronan pronounce her name. Those three vowels in a row are particularly problematic for English speakers, along with the final ‘se’ pronounced as if it were ‘sha.’ Correct pronunciation: SEER-sha.

The lovely Ophelia, which is Greek and means “help,” has long been bypassed by parents because of the tragic Shakespearean Ophelia in Hamlet. But the enormous popularity of Olivia and the resulting need for a similar-sounding substitute have helped propel Ophelia into the limelight. Plus a lot of names that seemed off-limits because they were too closely attached to characters or historical figures with negative associations—think Romeo, Delilah, Benedict—have been welcomed back into the fold, and Ophelia is following suit. It was the fourth fastest-rising girls’ name in official statistics this year.

Girl Trend We’re Over: The ‘A’ sandwich

It started innocently enough, with the rise of conventional names for girls that both started and ended with ‘A’: Ava, Arianna, Angelina. People liked their airy, feminine feel so much that they began looking for more unusual examples, so enter Aria and Azalea. And then everything broke loose, with lots of names that began and ended with ‘A’ and had just about anything in the middle: Alyvia, Alazha, Alleea.

Trend We’d Most Like to See Banned: Brand Names For Babies.

So, we’ll come right out and say we hate the gun-brand-names-for-babies thing: Remington, Wesson, Beretta. But we’d really extend that to all brand names for babies, no matter how theoretically classy. So long, Gucci, Armani, Porsche….and Ikea.