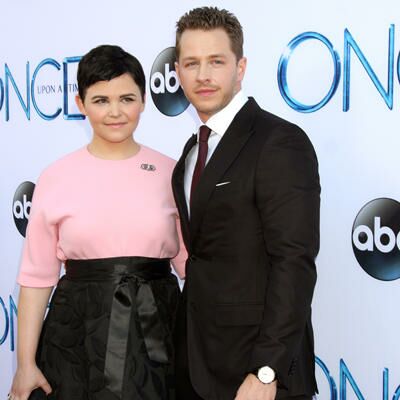 Here comes baby! News broke earlier this morning that Ginnifer Goodwin and her fiancé, Josh Dallas, are expecting their first child together . A rep for the Once Upon a Time Actress and her costar husband-to-be confirmed the news to People , but remained mum on all the other details. Which means there’s no telling when the baby’s due or what the parents-to-be are having. No matter, y’all, a little surprise is good in this day and age, right? Right. (Or at least that’s what I keep telling myself.)

Just last month the couple confirmed their engagement news, saying that they were excited to “celebrate with our friends and family,” and it sounds like the celebration will continue now that there’s a baby-on-board! Ginnifer, who was thrilling in her portrayal of Jackie Kennedy in the film adaptation of _Killing Kennedy, _will no doubt spend the rest of 2013 and into the new year prepping for her most difficult, rewarding role so far as mommy to a little he or a she (Should I make a guess? Okay, fine. Girl!) later in 2014.

Which reminds me: Gin, girlfriend, if you need any tips, look me up girl. I’m listed.

Congratulations to mommy- and daddy-to-be as well as the entire Goodwin and Dallas families! Such an exciting time for everyone!

Did you think it was harder to conceive around the holidays? Or easier?