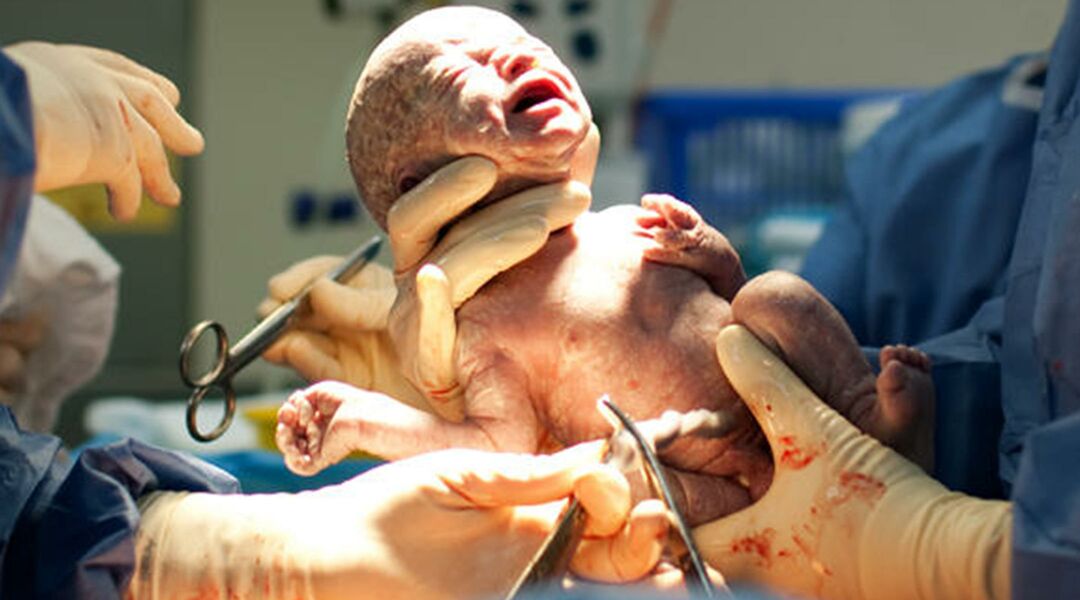 Watch These Babies Deliver Themselves During Gentle C-Sections (NSFW)

Maybe you've heard of a gentle c-section before. But have you ever seen one?

The practice, also referred to as a natural cesarean or a family-centered cesarean, is relatively new to the US. Over in Venezuela, however, Jham Frank Lugo, OB/GYN, is routinely facilitating them. And he's posting the footage on Instagram.

The technique has a two-fold aim: to help mom feel more engaged in the delivery and to promote skin-to-skin contact immediately after. While doctors typically curtain off the operating field to block mom's view, a gentle c-section uses a clear or lowered drape so she can watch. EKG monitors are moved from her chest to her side, her hands aren't strapped down, and the IV goes in her non-dominant hand so she can hold the baby.

Gentle c-sections don't cost anything more than a standard c-section. The reason they're not more widely-utilized is a lack of studies regarding outcomes.

Captivated by the idea? We'll leave you with one more video.