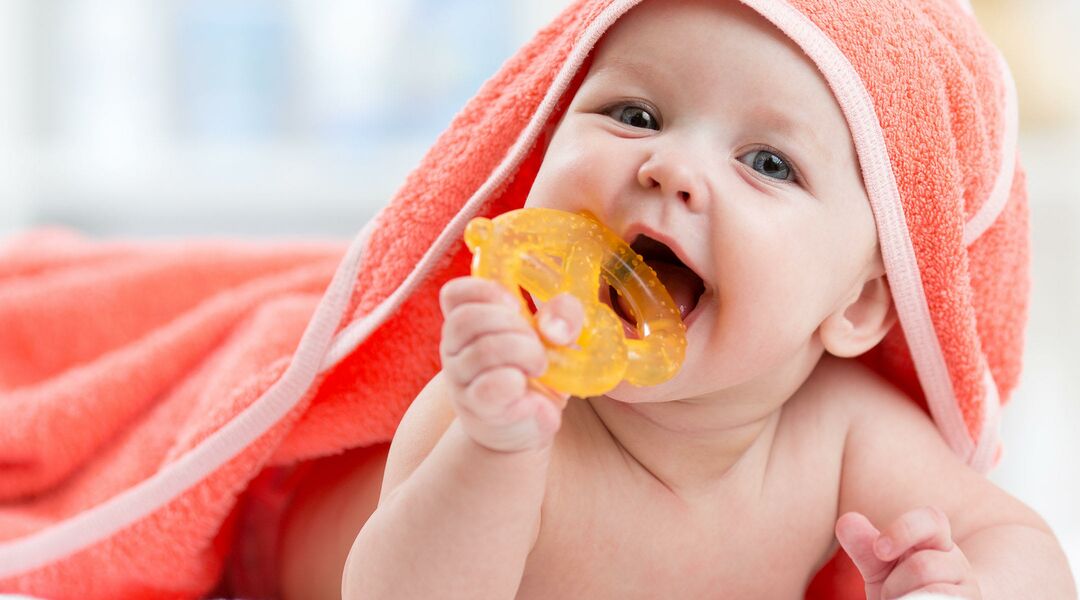 Most baby products are so thoroughly tested and screened for unsafe materials, it can feel like a waste of time to check whether or not they’re BPA-free, phthalate-free, non-toxic—the list goes on. Nearly all baby items today label themselves at least one of the above, but are they, really? A new study took a closer look at teethers, finding that nearly all of the ones tested contained toxic chemicals despite claiming otherwise.

“Almost 90 percent of the teethers we bought were labeled as BPA-free, but we found BPA in almost every product and most were labeled as non-toxic. We were finding more than 15 to 20 toxic chemicals in all of them,” study author Kurunthachalam Kannan, PhD, tells CBS News. His team’s findings were published yesterday in the American Chemical Society journal Environmental Science & Technology.

BPA is a type of endocrine-disrupting chemical (EDC) that can potentially disrupt the reproductive and nervous systems of babies and young children. It was banned from baby bottles, specifically, in 2012.

“Exposure to toxic chemicals during infancy can have detrimental effects and alter stages in life. That’s the theory that’s out there,” Kannan says. “This product goes in the mouth of babies and that’s why exposure is a matter of serious concern.”

To best replicate a teether in a baby’s mouth, researchers submerged 59 teethers—solid, gel-filled and water-filled—in water for an hour. In addition to BPA, they found that parabens and the antimicrobials triclosan and triclocarban leached into the water from most of the teethers.

Although all of the leached chemical levels were lower than today’s standards for temporary tolerable daily intake, Kannan expresses concern over the fact that those standards aren’t specific to babies and that teethers are used repeatedly.

Researchers did not include a public list of the teether brands tested, but if you’re hesitant to use one at all, there are alternative ways to offer baby teething relief (just steer clear of teething tablets and gels). A Bumpie favorite? Freezing a washcloth for baby to gnaw on. Making sure baby’s fluid intake is up and taking time to massage his or her gums with a cloth can also help to ease the pain.