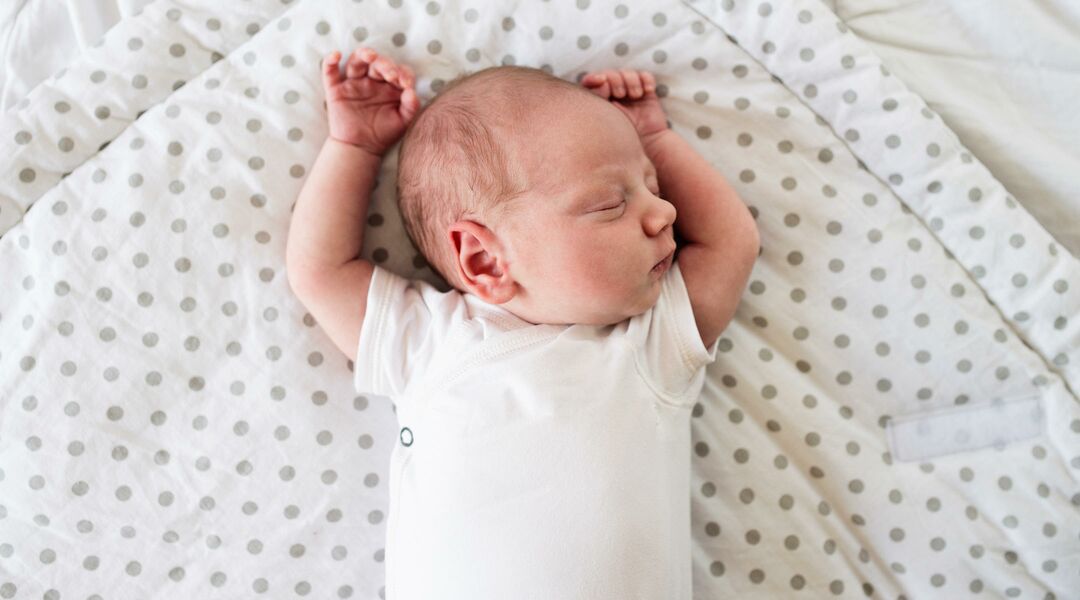 Good morning from Kaden! At 5 months old, Kaden starts every day “like a well-rested basketball player coming off the bench.” That’s according to dad, anyway. Dad started filming Kaden’s daily reaction to being unswaddled. You’ll want to turn the sound on for this.

While we do want to believe Kaden is really excited to start his day, that adorable hands-up motion is actually a reflex called the Moro reflex. Kaden will likely outgrow it soon; it’s usually only present in newborns up to 4 months old. It’s the result of a sudden loss of support—in this case, the sensation of being unswaddled.

In a caption for the video, Kaden’s dad reassures viewers that despite his strong reaction to being released, he is comfortable in the swaddle.

“Kaden LOVES being swaddled,” he writes. “It provides him comfort and security when he sleeps…Kaden has a strong startle reflex (also known as the Moro Reflex) which causes him to jolt a lot at night and wake himself up. Since we started swaddling him, he sleeps much better and he loves it.”

And we love it too. We’re partial to Party in the USA, ourselves.