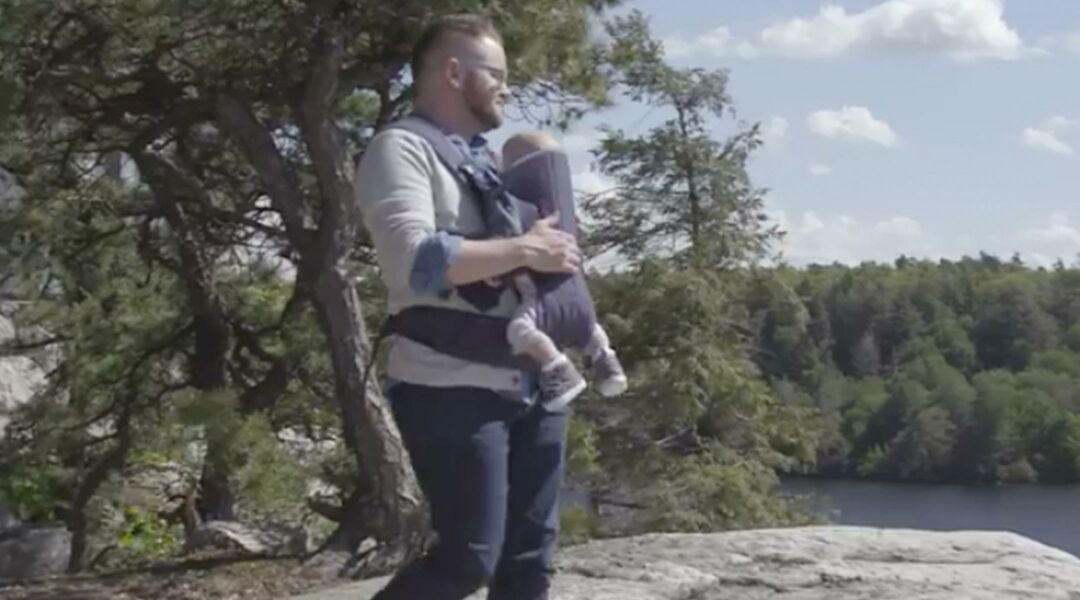 True to the brand’s adventurous Swedish roots, BabyBjörn’s latest promotional video features a dad hiking with his infant son. They snap a waterfall selfie, they head home for some lunch, and dad gets some work done while baby plays in a bouncer. It’s a totally normal day and a totally normal dynamic. And that’s the point.

The dad, S. Leigh Thompson-Shealy, is transgender. As a part of its #dadstories campaign, BabyBjörn has teamed up with Fatherly to create the video and promote its limited-edition collection designed just for modern dads.

“The point of the video is to highlight the loving relationship between parent and child—any parent and child,” BabyBjörn tells The Bump via email. “BabyBjörn has always believed that all parents and their babies benefit greatly by bonding through babywearing. As the video shows, this bond is especially true for Leigh and his beautiful baby.”

Leigh explains why showcasing that bond is especially important to him.

“We’re often ignored or vilified, but transgender parents, like all parents, just want our families to be safe and healthy and treated with dignity and respect,” he says in a press release. “All families are important, however they’re created or comprised.”

Leigh’s video aims to quell gender stereotypes. And BabyBjörn’s gender-neutral gear isn’t a bad place to start. Designing for moms and dads has been part of the company’s mission since the 1980s.

A second aim of the video? To encourage parents to get out there and explore with baby. If you’re considering trying babywearing for the first time to make that happen, these carriers—BabyBjörn included—are our picks.

10 Things You Didn’t Know About Being A Gay Dad

Infertility To Surrogacy: A 46-Year Journey To Motherhood

Why Adoption Is Not For The Faint Of Heart