When baby stands could affect how he or she learns.
ByAudrey Morgan
PublishedJun 2016 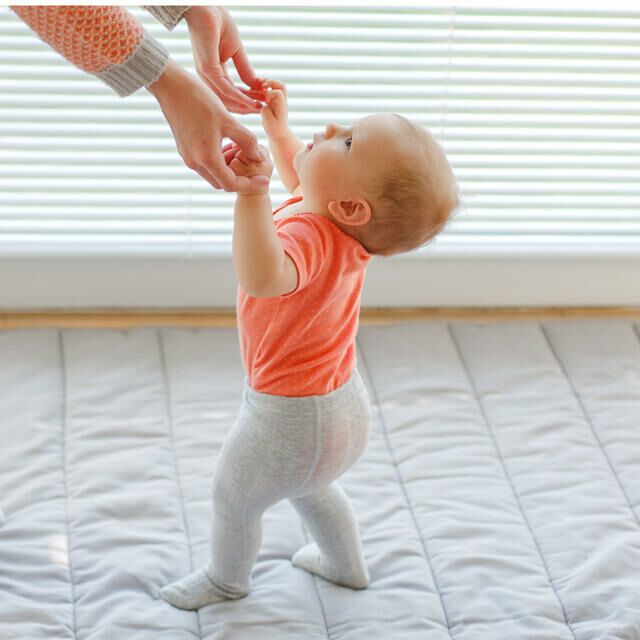 Baby’s first steps could pave the way to better brain function. While you already knew that motor skill-related milestones are important to early childhood development, a study from the journal Pediatrics suggests these events could directly affect cognitive performance down the line.

How far down the line are we talking? A few years. Study results showed a relation between babies’ first times standing without assistance and their performance on cognitive tests at around age 4. While most babies stood up alone by 9 months, the infants that took 11 months had substantially lower scores on the tests.

To conduct the study, researchers from the National Institutes of Health used reports from the mothers of 599 children at 4, 8, 12, 18 and 24 months. They recorded the typical firsts: sitting up, crawling and standing up to walk without support. At age 4, children were administered a developmental screening test called the Battelle Developmental Inventory.

There was one outlier in the study—make that outliers. For twins who participated, motor milestones didn’t have the same impact. Rather, gestational age and birth weight were the biggest indicators of later cognitive success.

Twin exception aside, the researchers assume that the basal ganglia of the brain—which affects motor function—interacts with parts of the brain related to cognitive ability.

Most babies will pull themselves up to a standing position between 9 and 12 months, but it’s not unusual for it to happen as early as 6 months. After this, babies will start to cruise, usually holding on to furniture to guide them. Around the one-year mark, baby might let go to take her first step. But for some infants, this achievement could take until 15 months or later. The CDC says baby should be able to walk alone around 18 months.

What if baby’s not hitting these targets? Give him or her space to play. With motor milestones—be it pushing up, rolling over or sitting up—babies need both space and free time to encourage learning. Check out other developments you can expect here, keeping in mind that every child will move at his or her own pace.