This Comic About Fatherhood Even Made the Artist Emotional 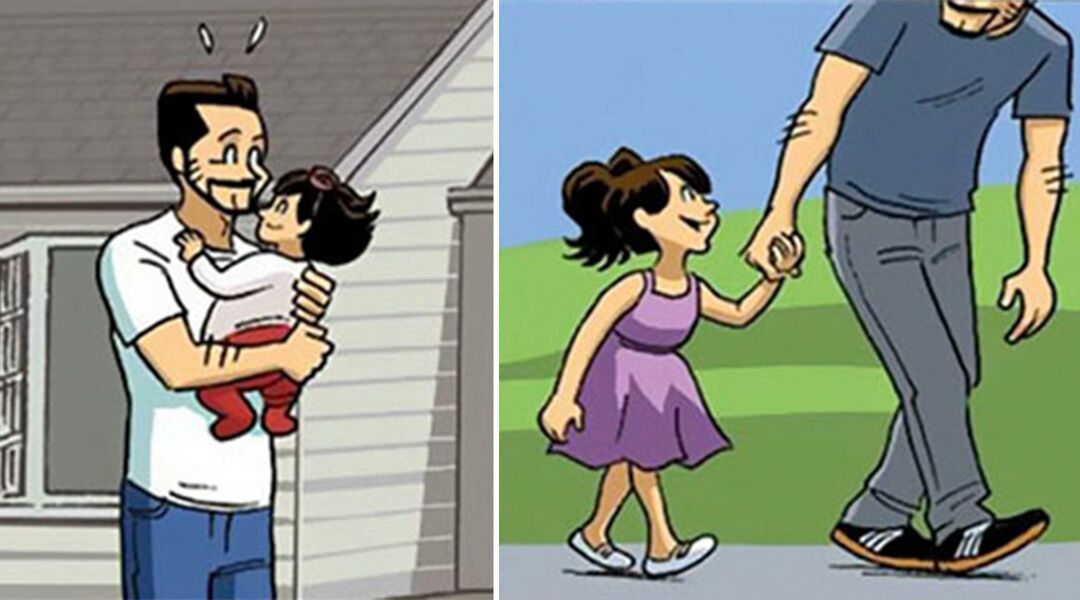 Whether your baby is one month or one year old, you probably feel like she’s growing up way too fast. Dan Dougherty knows the feeling. While his daughter’s only 2, she’s inspired a brand new comic about the most emotional parenting moments, from preschool drop-off to walking her down the aisle.

This comic is the very last for Dougherty’s Beardo series, which has run since 2006. It show Beardo, the main character, taking his baby girl for a walk. Frame by frame, we watch the girl grow up, with dad by her side each step of the way.

“I won’t lie, I got a little teary-eyed, and my wife treats it like the solar eclipse: she thinks it’s beautiful but it’s best not to look directly at it or the waterworks come out,” Dougherty tells the Huffington Post. He adds that he didn’t intend for it to be Beardo’s swan song, but once he was done, it felt right.

“Once I saw it, I knew it was my mic-drop moment for the book and the series,” he says.

Take a look for yourself. And then go give your baby a hug.