These Are the Best (and Worst) States to Have a Baby

See if your state is doing its part to set baby up for success from the start.
facebook
twitter
copy link
email
save
ByStephanie Grassullo
Associate Editor
Published August 12, 2019 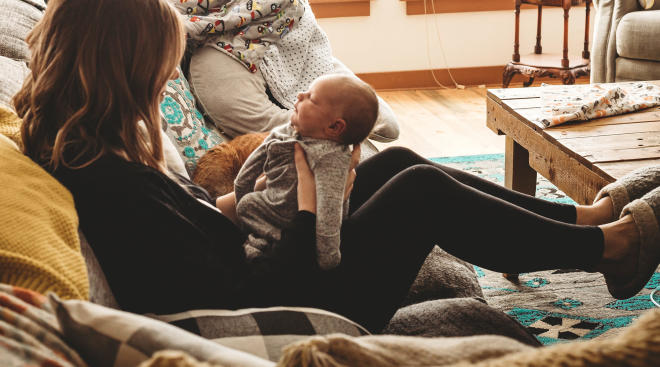 You’ve traded in your sports car for a family van, and your sleek clutch for a smart diaper bag. You’re preparing for your new life with a little one, and the next thing on your list is figuring out where you’ll raise your child. The decision isn’t one that should be made lightly, as certain spots across the US are more baby- and family-friendly than others. But if you’re looking for a state that will give you the most, look no further than Vermont, at least according to WalletHub’s 2019 list of the best and worst states to raise a family.

WalletHub analyzed every state in the US (and the District of Columbia) to compile a complete ranking of every state. It looked at certain qualities, such as the cost, health care accessibility and baby- and family-friendliness. Turns out, Vermont is first in class when it comes to raising a family, but that shouldn’t come as too much of a surprise. The state has held the No. 1 spot for the past few years, including in 2016, 2017, 2018 and now 2019. Check out which other states held high honors, making it to the exclusive top 10 list.

Top 10 States for Have a Baby

Why did these states end up on top? There are a bunch of factors that weighed into the decision. WalletHub compared the 50 states and DC across four key dimensions: cost, health care, baby-friendliness and family-friendliness. Each of the four categories were evaluated based on different metrics. Each metric was rated on a 100-point scale, with 100 representing the best conditions. Some of the qualities that made Vermont stand out were based on it having the most pediatricians and family doctors and childcare centers, as well as the second most midwives and OBs.

Not every state came out with bragging rights. Mississippi was once again voted the worst state to raise a baby. Last year it held the same title, and in 2016 and 2017 it was listed in the top 5 worst places. This year, the state had one of the highest infant mortality rates, as well as one of the fewest numbers of midwives and OBs. Take a look at the other states that joined Mississippi on the lower end of the list.

10 Worst States to Have a Baby

It goes without saying that where you live is only one small aspect in the grand scheme of raising a child. Sure, it’ll certainly help if you’re from a state that sets you up for success from the start, but it won’t grant you immunity to all the common parenting pains. Meaning, you don’t need to relocate if you live in one of the bottom-ranking states. For the most part, the survey highlights the many different expenses and roadblocks associated with having a baby. The best thing you can do to prep for your little one’s arrival? Figure out your finances and make a budgeting plan you’ll be able to stick to.