We've seen this all before...
ByAnisa Arsenault
Associate Editor
PublishedOct 2017 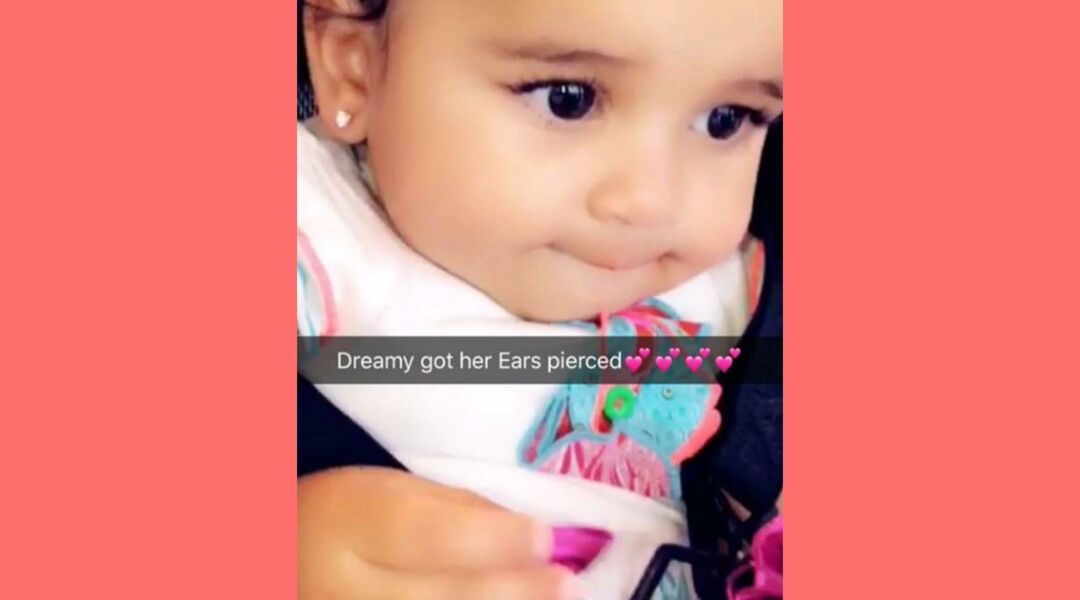 Well, this sounds familiar. Blac Chyna took 11-month-old Dream to get her ears pierced, and the internet has turned on the criticism. Let’s just say it runs in the family; Dream’s cousin, North West, got her ears pierced at age one, and Kim Kardashian faced the wrath of judgmental parents on Twitter.

This time, however, it’s 2017—and it’s not paparazzi who broke the news. Chyna shared a photo of Dream and her new studs on Snapchat.

Chyna was at a local shopping mall celebrating the fifth birthday of her son, King Cairo, when she decided to gift Dream with a present of her own. While Dream’s dad, Rob Kardashian, wasn’t there, his approval, or at least acknowledgment, took the form of a tweet.

That’s pretty much where the approval ends, thanks in part to scathing comments in a Daily Mail article about the piercing.

“Only trash pierces an infants ears,” one comments reads.

“Hate pierced ears on kids—let them decide when older,” says another.

And a third: “How terribly tacky and yet predictable.”

Whether or not you’re a member of the Kardashian clan, infant ear piercing will always spark debate. There’s no right or wrong here—it’s entirely a matter of parental preference. Weighing the pros and cons for your own baby? Check out our boards for opinions from both sides.