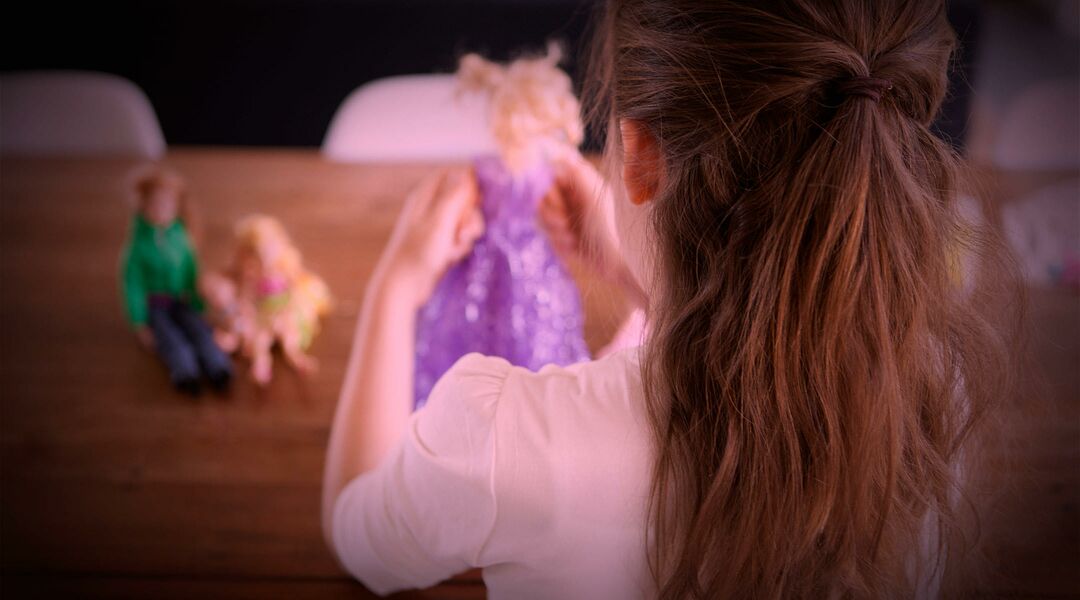 It’s no secret that over the past few years, the toy industry has been making efforts to incorporate more diversity into their designs. Giving kids the opportunity to play with toys that better represent themselves, and their community, is always a win in our books–and in many parents’ books as well. That’s why it came as such a surprise when body-positive coach and mother-of-two Allison Kimmey noticed her 5-year-old had found a new home for her “curvy” Barbie: the garbage can.

In case you didn’t hear, Mattel introduced the “curvy” body-type for Barbie back in 2016, along with new petite and tall body types. Mattel hoped that a revamp of Barbie’s impossible physique would improve the doll’s reputation and likability for parents and kids alike. But Kimmey’s daughter Cambelle was less than thrilled with the update, according to a recent Instagram post.

“Her arms aren’t right. Her legs are too big. She doesn’t look like my other Barbies. And she doesn’t fit into any of the clothes except this one outfit," Cambelle said when asked why she threw her curvy Barbie away.

Her daughter’s response really hit home for Kimmey. “I paused. I was speechless. I honestly felt some tears start welling in my eyes,” she said. “I always felt like my arms weren’t right, my legs were big, and anywhere I went, nothing fit. For a very long time I allowed those perceptions and the constricts of society make me feel as if I was the trash.”

But instead of feeling discouraged, Kimmey turned the moment into an important lesson for her daughter.

“Just because her body is different, does that mean that she is wrong?" Kimmey asked.

“No, mama. Because she has more fat. And it’s okay to have fat,” Cambelle said.

“And just because the clothes don’t fit her right, does that mean she shouldn’t be able to play with the other barbies?” Kimmey asked.

“No mama. We have to be kind to everyone," Cambelle said.

The curvy Barbie was then rescued from the trash, marking a big win for Kimmey.

“Each time I am put in a position where I can ignore these early signs for body image issues and pass them off as, ‘Oh she’s just a kid playing with her Barbies, maybe she really just doesn’t like this one, it doesn’t really matter,’ OR I can make a conscious effort to help her dissect how she’s feeling, allow her to explain her discomfort, and give her a new loving perspective.”