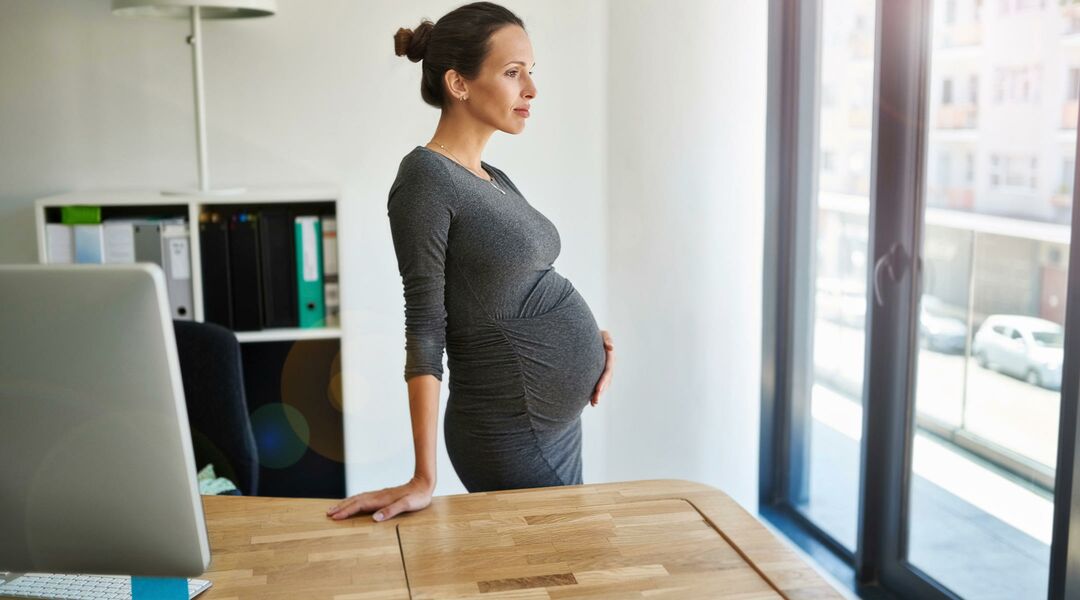 Keeping the big news of a pregnancy under wraps can be really trying, especially during the first trimester when worries and risks are high. There are many ways to maintain secrecy, but sometimes an extenuating circumstance—like your job—may force you to divulge the news earlier than you’d like. One woman confided in her supervisor at work, only to later learn that he had told her entire team.

In an anonymous post on Mumsnet, the rightfully miffed mom-to-be said: “I’m 9 weeks pregnant with my second and on maternity leave still with my first (due back next month). I had a meeting with my boss last week about my return to work and informed him I was pregnant as it would impact what I would be doing when I returned. We agreed he would tell one other person plus someone from HR as they needed to know for people planning purposes.”

“I have just found out via my husband that a large proportion of my regional team know I am pregnant (my husband plays football with a junior member of the regional team who is a mutual friend and he congratulated him - clearly not even knowing it was supposed to be a secret).

The question of when to tell your supervisor and coworkers that you’re pregnant is a common one with varying points of view. But the ethics on this one are pretty clear—and unfortunately, she’s not the first one to encounter this issue.

“This happened to me, I was so angry, it was my first, I had to tell the boss as was due to go on a course which I wasn’t able to do now I was pregnant, the next minute people who I hardly knew were congratulating me, I hadn’t even told friends only hubby and mum knew!,” and “With both my pregnancies I told managers early in confidence and they spread the news. It’s happened with many women in my workplace but no-one complains - this thread makes me think I should have done.”

After one commenter asked if it was definitely her boss who had told others, she followed up and said, “So I spoke to my boss who openly admitted it was him who told people and he said ‘I understand your annoyance’. He didn’t apologise or attempt to excuse why he had done it. If anything I’m even more annoyed now and thinking about going to hr as he couldn’t even apologise when he knew he had done something wrong.”

Although there are laws protecting pregnant women from being dismissed from their jobs, no such clear cut guidelines exist for protecting the privacy of a pregnancy.

Based on general feedback from the post, it’s clear she should take a trip to HR as soon as she can:

“I’d speak to HR and ask them to follow it up. Explain that you’re not interested in blame but ask them to make sure that the people involved know how very unprofessional this was. You gave them information that you didn’t have to at this stage and they have abused that privilege.”

Bumpie Tip of the Week: How to Get Through the 3rd Trimester At Work

This Pregnant Woman Was Deemed 'Unprofessional' for a Work Event