Woman Has 500 Ounces of Breast Milk Confiscated at Heathrow Airport

Her efforts of pumping on a business trip were in vain.
ByJessica Shortall
Contributing Writer
PublishedApr 2016 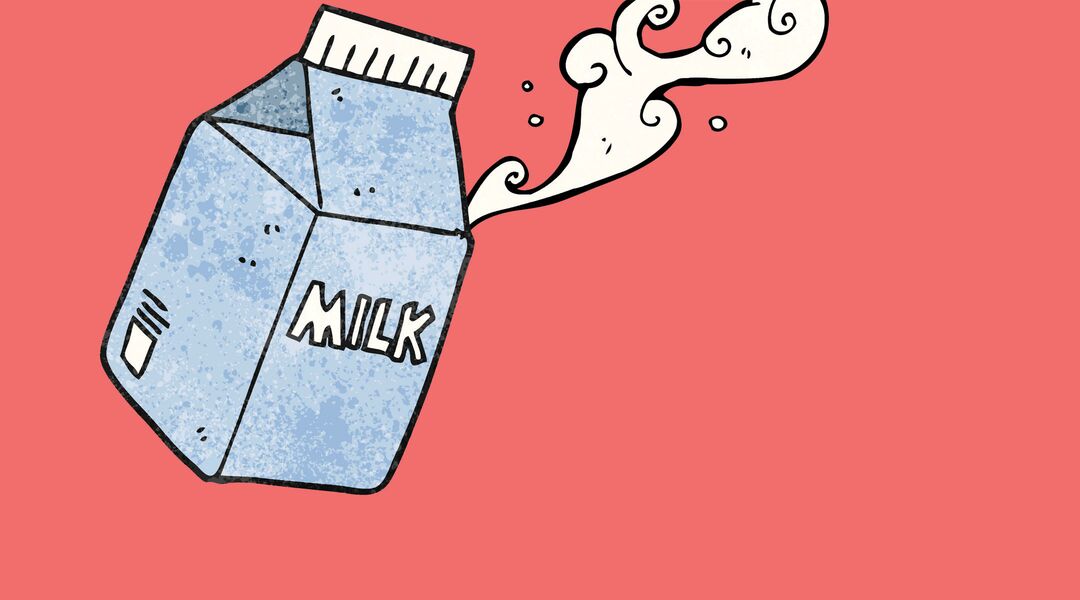 If you’ve never been on a long business trip with a breast pump, you might not know just how awful it is. You spend every waking moment thinking ahead to where you can pump, whether there will be an electrical outlet, where you can keep the milk cold and eventually freeze it and how you will get it back home. It’s exhausting, but it’s the reality of many working mothers who are dedicated to their jobs and their families.

Yesterday, Jessica Coakley Martinez posted about a special kind of working-mom hell. In a Facebook post that has since gone viral, she tells an almost-too-awful-to-believe story of how British Aviation Security made her dump out nearly 500 ounces of breastmilk at Heathrow Airport.

Martinez was on a long and arduous business trip, and like many working parents she felt guilty for being away from her son. So, she writes, “to help ease the personal guilt, I resolved to pump at every possible moment between my meetings, presentations, business lunches and dinners, taxis, flights, and long waits in airports.” She writes about pumping in public restrooms and an airplane bathroom, in unlocked conference rooms, showers and closets. She writes about being walked in on, and about having to talk to her co-workers, her supervisor, and several hotel, airline and airport employees about her body and her milk.

Martinez did the nearly-impossible: She pumped, froze and lugged around 500 ounces of breast milk across four countries, all for the dual purpose of providing for her family financially (via her job) and providing breast milk for her baby.

And then she got to Heathrow. We’ve heard about this airport before, of course: In 2015, actress and entrepreneur Alyssa Milano had 10 ounces of breastmilk confiscated at LHR and talked about it in a series of viral tweets.

Martinez says that more than 300 ounces of her milk was frozen solid. She writes that she offered to dump out only the liquid milk, but was told that the solid milk “could melt and become a liquid,” so it had to go too.

Martinez, in her post, acknowledges the importance of airport security, and says that she "should have looked up the Civil Aviation rule,” a rule that apparently states that breast milk is not allowed on a plane if the mother is not traveling with her baby. (Let’s just stop and think about this rule for a moment. Yes, some parents who travel with their babies need to bring expressed breast milk along with them, for various reasons. But the overwhelming most common reason a working parent would be flying with breast milk is that the baby is somewhere else. Hence the pumping. Hence the milk—food for the baby.)

Faced with the unthinkable outcome of dumping two weeks’ worth of food for her baby—and if you’re a road-warrior pumper, you know how soul-wrenchingly awful this would be—Martinez says she offered to check her bag and was denied. She says she even offered to “exit the airport and re-enter,” and she was denied again, told that the milk was now a “non-compliant item” and needed to be confiscated.

I would have too.

In a heartbreaking passage in her post, Martinez calls the milk "deeply personal.”

“This was my son’s health and nourishment…it was the countless hours of my time, my energy, even my dignity in some instances, all driven by my willingness to go any length to get my child what he needs that you dumped into the trash like a random bottle of travel shampoo and deemed a hazard, simply because I made the completely logical and scientifically supported assumption that a solid isn’t a liquid,” she writes.

It feels like so much of the world is still resisting making space for working mothers, with our messy postpartum bodies and the food we make for our babies. There are stories of TSA agents disassembling and breaking breast pumps or confiscating milk abound. Women regularly report being sent to bathrooms and other unsanitary locations to make food for their babies. Pumping breast milk for a baby while on the road is a deeply personal act—and it’s a strenuous and trying activity too. Being poorly treated in the process can be humiliating and leave a working mother feeling powerless and violated.

So I just want to say this: Jessica, we are with you. We—your sisterhood of working, breastfeeding mothers (and some transgender dads who nurse their babies, too!) —can’t get that milk back for you. But we share your pain on this one. We’re super pissed off with and for you. We’re so amazed and proud of what you accomplished, even if the fruits of your labor were taken away. We can tell that you are a flipping Viking, a warrior, a fighter, and we are super excited for your kids to have such a mom. Those kids are really, really lucky to have such a mom coming home to them. You are 500 ounces of amazing, and we hope we can help you shoulder this burden of anger and sadness.

(Oh, and one last thing: If you’re reading this and thinking about commenting that women should not leave their babies to go on business trips, please just move along. We don’t need your input on our lives and how we go about leading them. Thanks anyway.)