“I will never know their names, but I owe these women everything."
ByAnisa Arsenault
Associate Editor
PublishedDec 2017 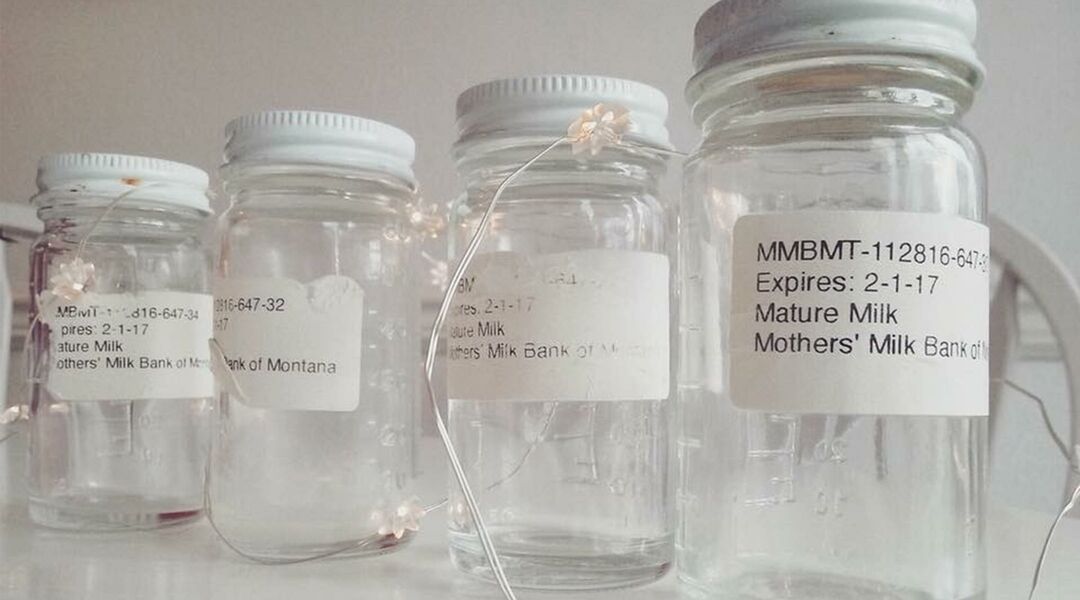 We’ve covered moms who’ve donated anywhere from 16 to 131 gallons of breast milk. But we haven’t heard much from the moms who’ve received that donor milk. Jen Carpenter wants to make sure donors are getting the credit they deserve. After all, they saved her baby’s life.

In an emotional post shared with Breastfeeding Mama Talk, Carpenter explains that her daughter, Johanna, arrived via emergency c-section. The toll it took on her body prevented her milk from coming in right away. While formula is certainly an option, it’s not what Carpenter wanted. Luckily, she had an alternative.

“By day four [Johanna] had lost 13 percent of her body weight and her skin was as yellow as a butterscotch candy,” Carpenter says. “By some strange grace, we live within a mile of one of only 18 milk banks in the United States, a country of 85 million mothers. By some strange grace, nobody ever pushed formula on us.”

Carpenter’s post shows a row of empty glass milk jars: the donor milk that made her baby better.

“I will never know their names, but I owe these women everything,” she says. “I don’t know where I would be without these women whose names I’ll never know, and all the hours they sat up in the dark, in their rocking chair, in their warm bed, in their dazed and dreamy late-night moments alone with the whir of a machine that wasn’t their baby, maybe imagining a little Johanna somewhere surviving because of their sacrifice, maybe just wishing they were asleep, but I owe them everything, and I will keep these bottles forever."