"Surely it’s not too much to expect a couple of small cubicles, with a chair and a plug socket, to be provided?"
ByAnisa Arsenault
Associate Editor
PublishedJan 2018 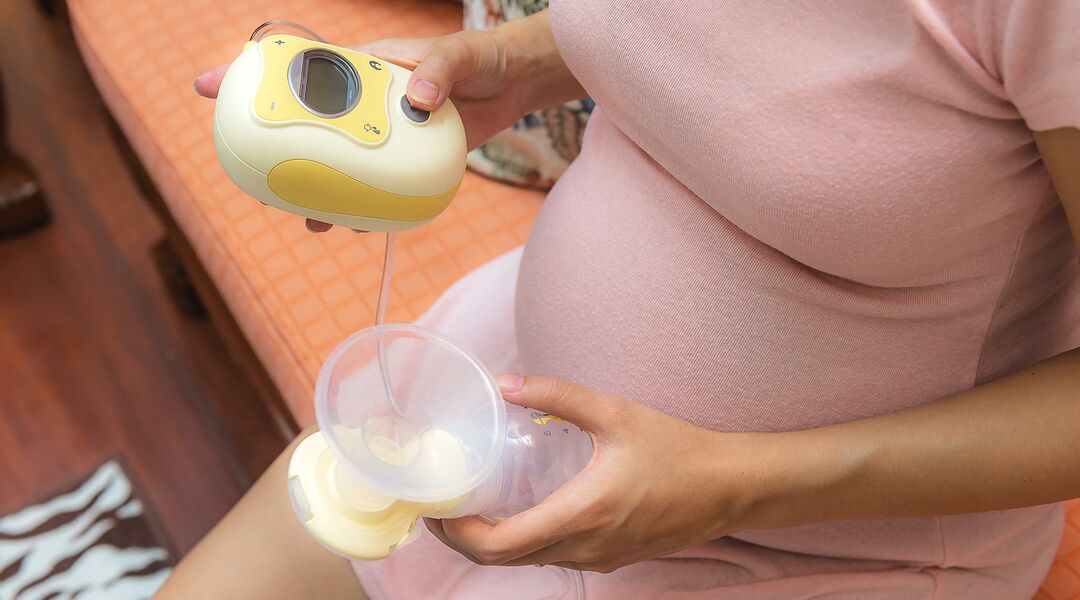 It’s a tale as old as time, nowadays: Breastfeeding mom goes to airport, something goes horribly awry. Last weekend at Heathrow Airport, a mother needed to pump before a seven-hour flight from London to New York. Our story begins when she was told by a staff member to pump in the baby changing room.

“I felt bad that I would be occupying the room for at least 20 minutes, but I also felt bad because I thought my breasts might otherwise explode, midway over the Atlantic,” mom Sophie McBain writes for The Guardian. “It seems someone knocked (I didn’t hear them) and when they got fed up with waiting they sought help. I heard keys jangling, and then a male attendant unlocked the door from the outside.”

You’d probably expect him to be taken aback and apologize profusely. That is not what happened.

“While my breasts were still exposed and stuck inside a plastic pump, he began lecturing me about how I should pump inside the terminal building or leave the room unlocked.”

This is a completely unreasonable ask. While we’re all for breastfeeding in public, pumping in public is a bit more of a production. We’ll let McBain explain.

“In case you haven’t yet become acquainted with the ungainly contraption that is an electric breast pump, I’ll fill you in,” she says. “It consists of a motor attached with tubing to two bottles topped with plastic cones that are designed to fit over your nipples and create a vacuum. With every electric suck, your nipples are gruesomely distorted and milk is forced out and into a set of bottles. The effect is so undignified and so evocative of industrial dairy farming that I prefer my husband not to see me use it—and it’s definitely not a piece of tech I’d like to whip out in the main terminal building, or in the airport Pret a Manger.”

McBain says she’s submitted a formal complaint to Heathrow, but they didn’t apologize until the story made waves on both sides of the Atlantic. (They were a bit quicker to respond to Alyssa Milano’s breastfeeding complaints.)

But an apology isn’t want McBain wants. She wants change for the hundreds of breastfeeding women that pass through the international airport every day.

“Not all of them will feel able to nurse or pump in public. If, as a result, they decide not to ahead of a long flight, they will not only feel painfully engorged, but they put themselves at risk of a potentially serious condition called mastitis,” she says. “Surely it’s not too much to expect a couple of small cubicles, with a chair and a plug socket, to be provided?”

We’re happy to say the United States is ahead of the curve in regards to this problem. Airports across the country (along with other public spaces) have been introducing Mamava Lactation Pods since 2013, offering women comfortable, cushioned privacy to pump or nurse. The freestanding booths are large enough to accommodate luggage and a stroller, and include outlets and a fold-down table for a pump.