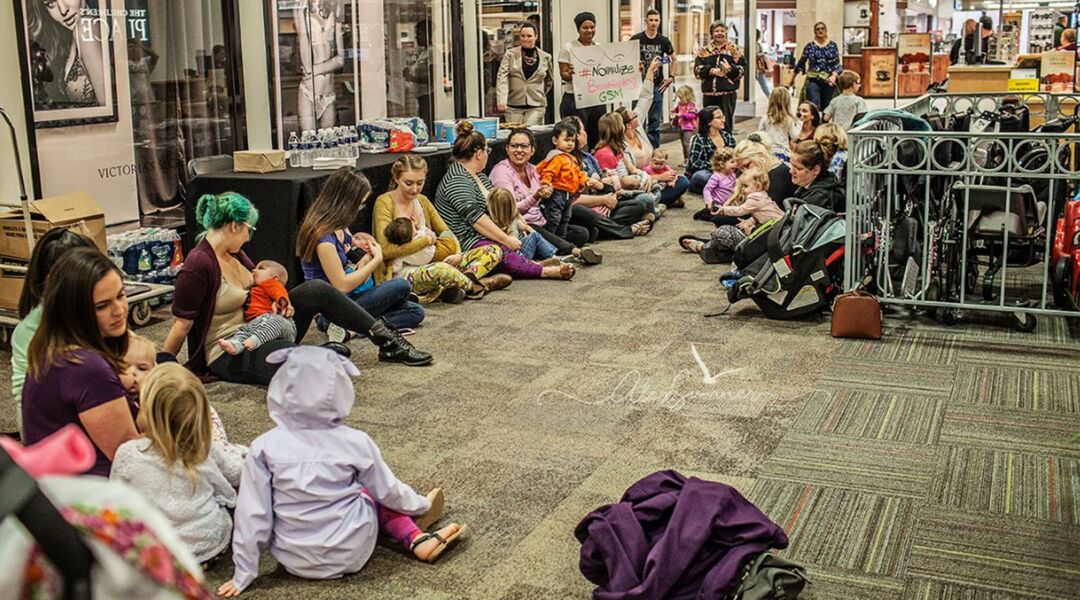 Mom Angel Franks decided to put her luck to the test by entering a Mother’s Day photo contest at her local mall in Clarksville, Tennessee. She followed the rules and submitted a photo of her and her children via direct message. Four hours later, her entry was denied and she was asked for another photo.

If you’re wondering what type of photo she submitted, think: natural, maternal and nourishing. Yep: it was a shot of her breastfeeding her two children, captured by Iron Lace Photography. The mall replied that any and all nursing photos were being barred from submission.

"We are so sorry we cannot accept your photo," Governor's Square Mall said. "Although it is tasteful, we have received some photos of this nature that have not been tasteful. To keep things fair, we have decided not to accept any breastfeeding photos. Would you mind submitting another photo? We apologize for the inconvenience!"

Facebook page Breastfeeding Mama Talk caught wind of this exchange, sharing a screenshot of the conversation next to Franks' submitted photo.

The mall got mauled in the comments.

"Wait...because they've received other pics in poor taste they will not accept this one, in order to be 'fair?' What kind of logic is that? Some people don't have cameras, so maybe, to be fair, they shouldn't have a photo contest."

"Their response saying 'to make it fair' sounds more like a scapegoat so they don't have to post any breastfeeding pictures."

"So you can technically breastfeed in the mall but you can't have a picture of it posted?!"

With that last sentiment in mind, Tennessee moms teamed up to stage a nurse-in at Governor's Square Mall—right outside of Victoria's Secret.

“If an innocent breastfeeding picture is too inappropriate for the mall's competition, how are the giant, raunchy photographs on display at Victoria's Secret in the same mall acceptable? “ Sumner writes in a Facebook post.

While Governor's Square Mall issued a—somewhat—apologetic statement, it has since been taken down.

A second nurse-in is scheduled for Mother’s Day. You can learn more about the event here.