Admit it, you tried at least one of these.
ByAnisa Arsenault
Associate Editor
PublishedJun 2017 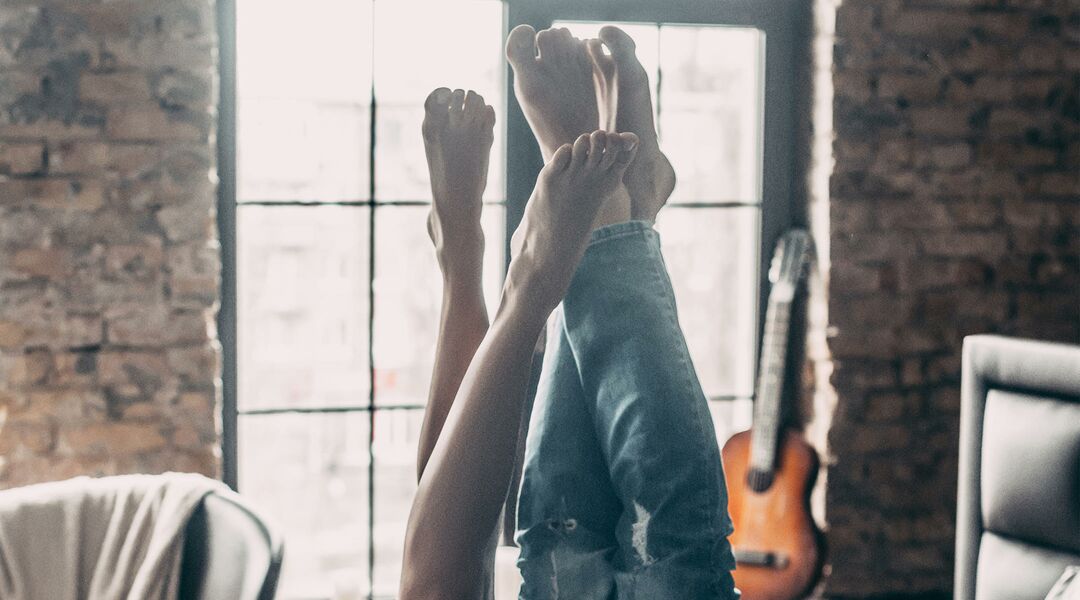 Deciding to have a baby? For some couples, that’s the easy part. It’s the roller-coaster journey to a positive pregnancy test that can really test your patience—and drive you to try just about anything to make it happen. An all-too-honest (and hilarious) video showcases all the steps one couple will take to get pregnant. And it gets it right—for the most part.

Real-life couple Elizabeth Triplett and Justin Abarca—better known as the Buzzfeed Couple—shared a video highlighting the trials and tribulations of the TTC journey. And we decided to fact check each one.

Peeing in a cup can help track ovulation

Fact. Even though Abarca is pretty grossed out (and dry heaved), this is totally normal for women trying to track their cycles. If you’re using an ovulation predictor kit, you’ll need a urine sample. If that means sacrificing your glassware to the cause, so be it. And Triplett did helpfully point out an invention called dish detergent.

Unfortunate fact. We’ll give this couple a pass for talking about Costco lobster (imitation at that) in the middle of sex. Try as you might to spice things ups, sex may feel like a chore as you work to time it with your cycle. And couples are averaging having sex 13 times per month in order to get pregnant, according to a new survey from Channel Mum. Making all 13 romantic? Probably not gonna happen.

You’ll put your legs up after sex

Fact. Everyone talks about it, everyone tries it and everyone knows it doesn’t work. But you’ll probably try it anyway. In the video Triblett even admits she doesn’t know what she’s doing—she’s just “trying to keep them from falling out.”

Sound the alarm! While Triblett and Abarca aim to have sex every time she learns she’s ovulating, that’s actually not the ideal time to get pregnant. While it is possible to get pregnant on that day, the two to three days before ovulation are your most fertile.

So how did everything turn out for the pair? At the end of the video, they get a positive result. And in real life? Well, they just welcomed baby no. 2 in April.