This hot car story had a happy ending, but serves as a reminder of how quickly a preventable accident can escalate.
ByAudrey Morgan
PublishedJul 2016 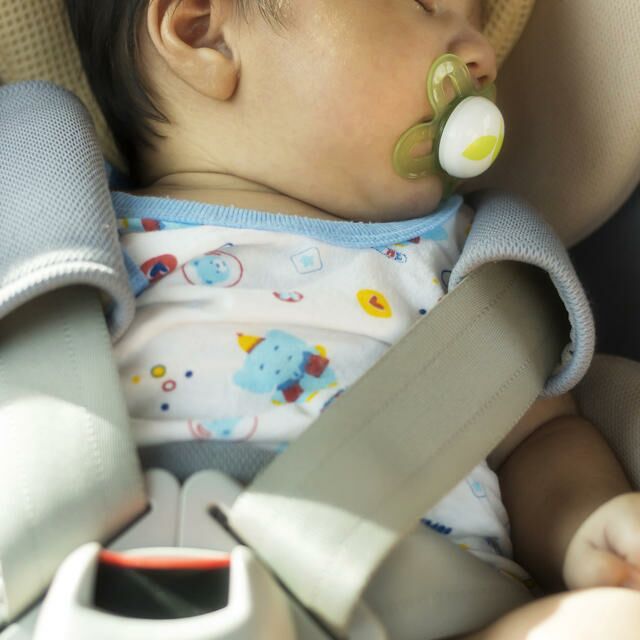 Bystanders became active participants in a baby’s rescue when they heard a screaming 3-month-old locked in a hot van Saturday morning outside of a Walmart in Clinton, Mississippi.

Among the crowd was an off-duty police officer, Lafayette Martin. The temperature had reached 96˚F, Martin tells 16 WAPT News Jackson, when over a dozen people worked together to free the baby.

One man attempted to break the window with a hammer. Thankfully, the left rear window was open, allowing him to pull the glass out, climb inside the car and unlock the doors.

The infant’s mom returned from the store upon the rescue, where she was “hysterical,” according to Martin. “She was telling the paramedics, or the people involved, that she was only going to be in there for a few minutes. She was only going to be gone for a minute or two,” he says. Police attribute the incident to a lack of communication between divorced parents, though they’re investigating the case, which could lead to a misdemeanor charge of child neglect.

While this story ended on a positive note, not all families have been so fortunate. This year alone, 21 children have died of heatstroke after being left in hot vehicles.

Last month, GMC announced it’s adding a feature to its Acadia SUV that will monitor activity of the rear doors to remind parents when to check the backseat. And Evenflo’s Embrace DLX car seat uses WiFi-enabled Sensor-Safe Technology to sound an alert if baby’s still strapped in before you leave.

Such measures are aimed at combating forgetfulness, but all parents should be aware it’s unsafe to leave baby alone in the car, even for a few minutes. In the summer, a car’s interior temperature can rise by 10˚F in just 20 minutes—this poses a particular risk to baby, whose internal organs start to shut down past a body temperature of 104˚F.

Remember to never leave baby unattended in the car. And if you notice someone else’s baby alone in a vehicle, be an active bystander and call 911.

The Not-So-Scary Reason for the Graco Car Seat Recall

'if I Did This, Anyone Could Do This': Mom Speaks Out After Leaving Toddler in the Car

Diono Recalls Over Half a Million Car Seats