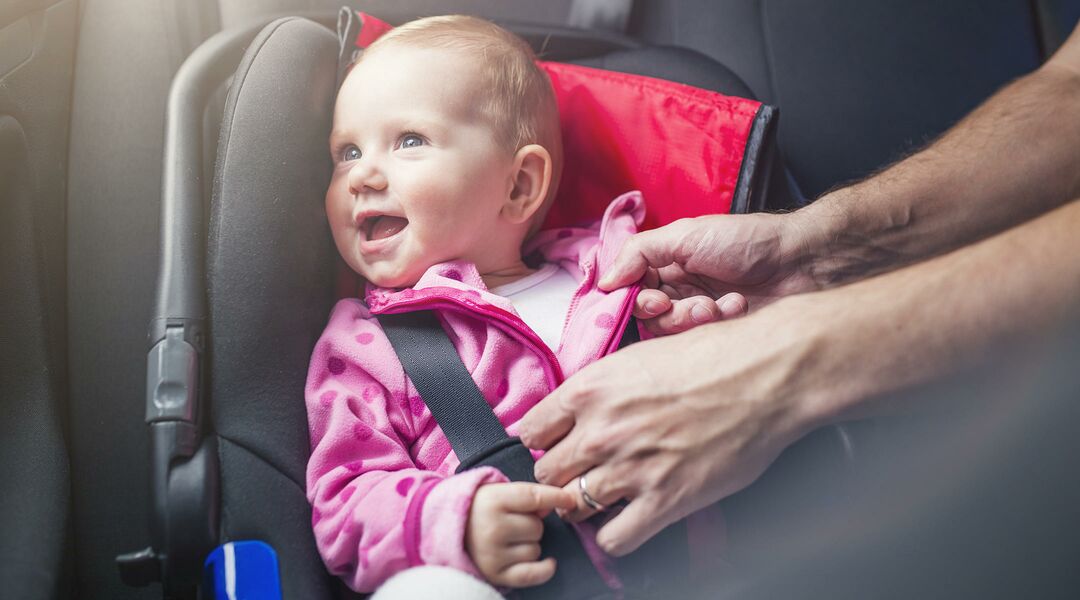 Some good news to report in the aftermath of the tornadoes that ripped through New Orleans this week: No deaths have been reported. One of the littlest survivors? Baby Autumn, who has her mom—and her car seat—to thank for protecting her.

Amanda Stockfelt, a clerk at an impound yard in the city, was at work when the storm hit and only had a metal trailer for shelter. Her 2-month-old daughter, Autumn, was with her, and Stockfelt employed some quick thinking to keep both of them safe.

Her first move was to secure Autumn in her car seat. Her second was to hold on tight.

“All I could think of when we were in the tornado is don’t let go,” Stockfelt tells TODAY, explaining she and Autumn were airborne. “I never let go because I was afraid if I let go, it was going to take her and I’d never find her. It was the most terrifying thing in my life. It’s a miracle, it really is.”

Stockfelt says the trailer was completely demolished and her car was destroyed, but her baby was unharmed, minus a few scratches. And rather than taking credit, Stockfelt is singing her car seat’s praises.

These 10 Cars Are the Best for Car Seat Installation

This Coat Aims to Solve Your Car Seat Problems

When Can Baby Face Forward in the Car?

What Car Seat Did Will and Kate Use for Royal Baby No. 3?