Though up to 25% of pregnancies sadly end in miscarriage, it has felt like a topic women avoid discussing. Until recently, that is. Now more than ever, celebrity mothers are candidly sharing their stories with other women who have experienced the same heartbreak and loss. It's absolutely important that these stars are helping to pave the way for others to openly deal with their pain — it helps set the tone for future discussions. We are so proud of celebrity mothers — and every mother! — who has the courage to share her story. From Beyonce to Bethenny, these 9 celebrity moms had the courage to bare it all.
ByKylie McConville
PublishedFeb 2016 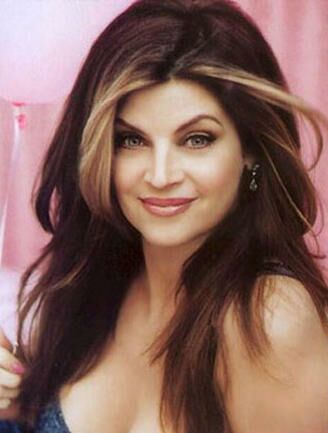 Opening up about her struggle to conceive, Beyonce said, "About two years ago, I was pregnant for the first time and I heard the heartbeat, which was the most beautiful music I ever heard in my life. I picked out names, I envisioned what my child would look like... I was feeling very maternal. I flew back to New York to get my check up — and no heartbeat. Literally the week before I went to the doctor, everything was fine, but there was no heartbeat. I went into the studio and wrote the saddest song I've ever written in my life. And it was actually the first song I wrote for my album. And it was the best form of therapy for me, because it was the saddest thing I've ever been through."

Before welcoming her adorable daughter Coco, Cox struggled with several miscarriages. She said, "I get pregnant pretty easily, but I have a hard time keeping them."

Attributing her weight battles to her miscarriage, the star says, "When the baby was gone, I just didn't really get over it. Neither did my body. I so thoroughly convinced my body that it was still pregnant after nine months that I had milk coming from my breasts. I was still fat, I was still grieving, and I had just been told it was very possible I would never be able to have children. Fat, childless, with little hope for any future children... that's when I began to get fat.

After miscarrying she wrote, "We were crushed. Up till then, I thought simply because it was time and I wanted to have a baby, it would work." She would later go on to conceive two children, Rown and Grier.

The reality TV star, who is already mom to daughter Bryn, miscarried after 8 weeks of pregnancy. She said, "That was a very emotional experience. Until you become a woman, you don't know the things that come with it. I have thought about other women more than myself. I can't believe what people go through if they can't even have the one."

Though the actress has been mum on her relationship with ex-husband Tom Cruise, she did say, "From the minute Tom and I were married, I wanted to have babies. And we lost a baby early on, so that was really very traumatic. And that's when we would adopt Bella."

Sharing her sadness at not having anymore children, the star said (on a positive note), "There's been an awful lot of grief to get through in not being able to get pregnant again, but there are thousands and thousands of women like me who can't have children."

Before welcoming her twins Moroccan and Monroe, Carey miscarried a baby over the holidays. She said, "It kind of shook us (her and husband Nick Cannon) both and took us into a place that was really dark and difficult. When that happened... I wasn’t able to even talk to anybody about it. That was not easy."