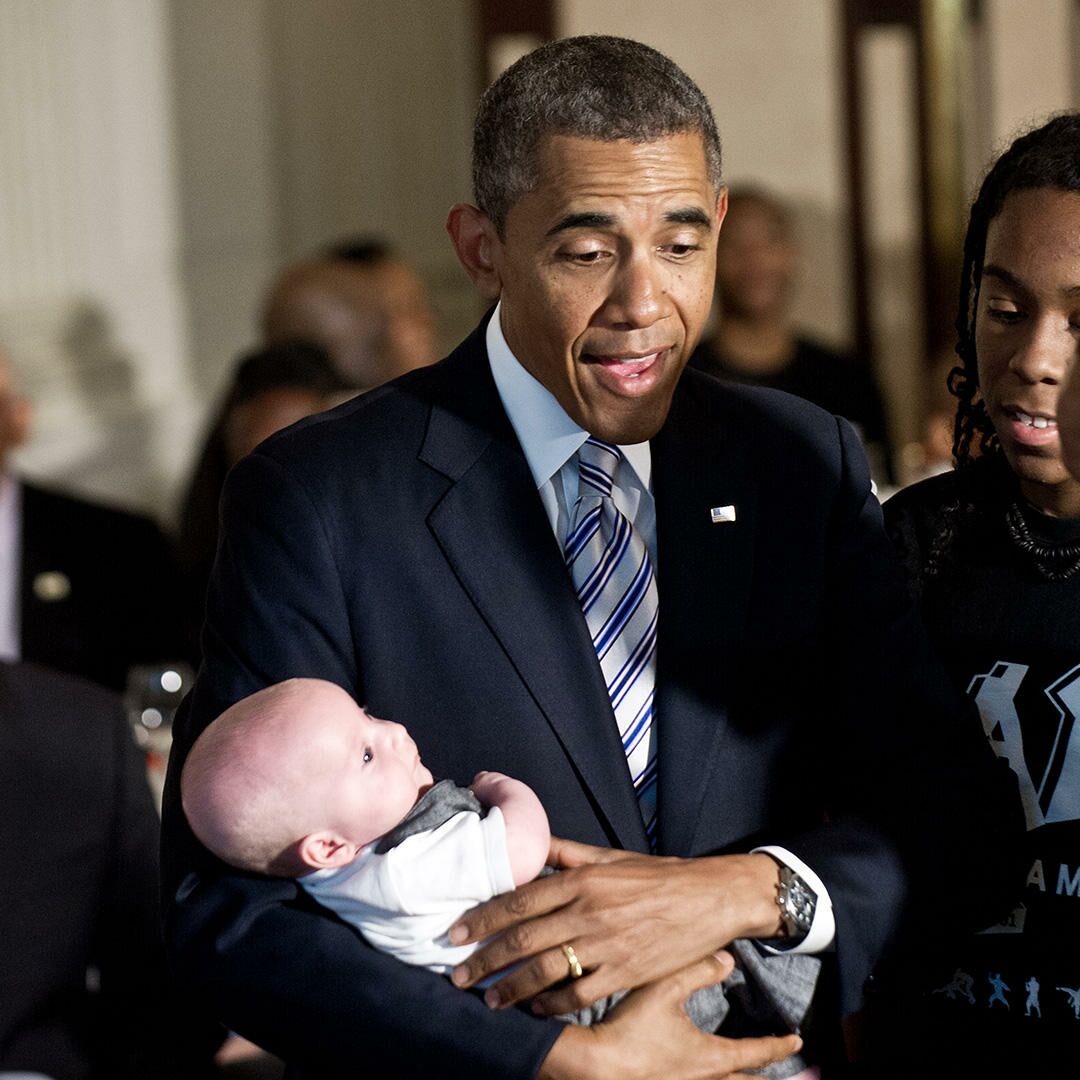 Before you permanently pass off the diaper bag to your partner, know that the law—called the “Bathrooms Accessible in Every Situation Act”—includes a few important stipulations. First of all, it only applies to public buildings, so a public men’s room in a private restaurant chain, for instance, won’t be required to have a changing station. Here’s a list of what technically counts as a public building:

So, admittedly, these may not be places you frequent all the time. And if the building already has another public restroom with a changing station on the same floor, changing table installation won’t be required. But these little changes have big implications: the government is viewing dads more as primary caregivers than ever. And our hope is that sooner rather than later, this will translate to better, and more equal, parental leave.

Surprisingly, Ashton Kutcher has yet to voice his thoughts on the new law on social media. Last March, the actor vented about the lack of changing stations in men’s rooms on Facebook, and later started a Change.org petition for the cause aimed squarely at Target and Costco. (Target responded to Kutcher, explaining they've had changing tables in men's restrooms for 25 years. Awkward.)

This law is certainly a step in the right direction. Signed on Oct. 7, it has one year to be enforced.