“She does everything you see on my Instagram for a quarter or a Sour Patch Kid.”
save article 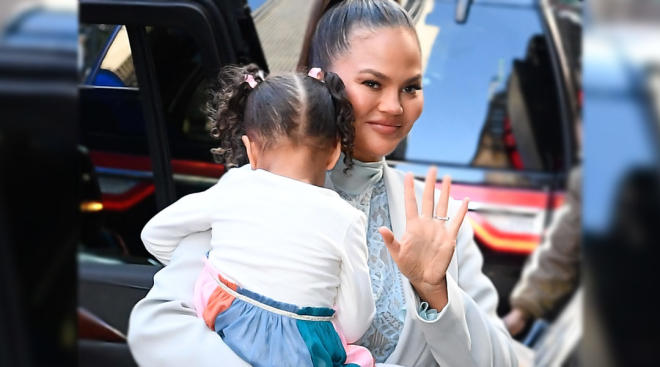 While Luna has appeared on covers and in commercials with her parents before, Teigen states that she often has to provide her daughter with an incentive in order to get a picture. “She definitely hates photos, paparazzi, anything,” the model-turned-cookbook-author stated in an interview with PEOPLE. “She does everything you see on my Instagram for a quarter or a Sour Patch Kid.”

Even so, Teigen’s Instagram is often filled with adorable pictures of her kids on social media—which also often makes her a target for mom shamers. Of course, Teigen is known for her amazing clap backs at shamers and has gotten better at letting them roll off her back. “It’s gotten better for sure. I would love to be able to say that it doesn’t get to me at all but you start to gain this sort of empathy for people,” she stated. “You understand that not necessarily everything they say comes from a bad place. Sometimes people are just trying to help…There was one time I actually was surprised—I posted an early Instagram photo of Luna and I got a couple comments saying she has a tongue-tie, you need to take her to a doctor immediately and I was like, ‘Screw you! What does that even mean?’ And then I did and she did have a tongue-tie! We got it fixed. That was the one time it actually worked out.”

Of course, mom shamers aren’t the only ones who give Teigen a hard time. The mom of two, who has previously spoken very candidly about her postpartum depression, is pretty hard on herself when it comes to her parenting. “I feel a lot when the kids are very drawn to John. You see it and you love it because you know that you picked the right person. But then you’re also like, why aren’t they loving on me that much? As a mother, you’re supposed to have that bond with your child and when it doesn’t happen you start to get sad,” she told the outlet, continuing, “Now Luna and I could not be more close. I wouldn’t be the mom I am now with Miles if Luna hadn’t given me those tougher times at the beginning. And now I know how close we are so it helps a lot.” Why Gentle Parenting Just Doesn’t Work for Me
ADVERTISEMENT Bonding With Baby: How Long Does It Take to Connect With Your Newborn?

TV Host Lilliana Vazquez on Her Journey to Parenthood

These Are 2022’s Best Cities to Raise a Family, Report Says
ADVERTISEMENT