"I didn’t think it could happen to me.”
ByAnisa Arsenault
Associate Editor
PublishedMar 2017 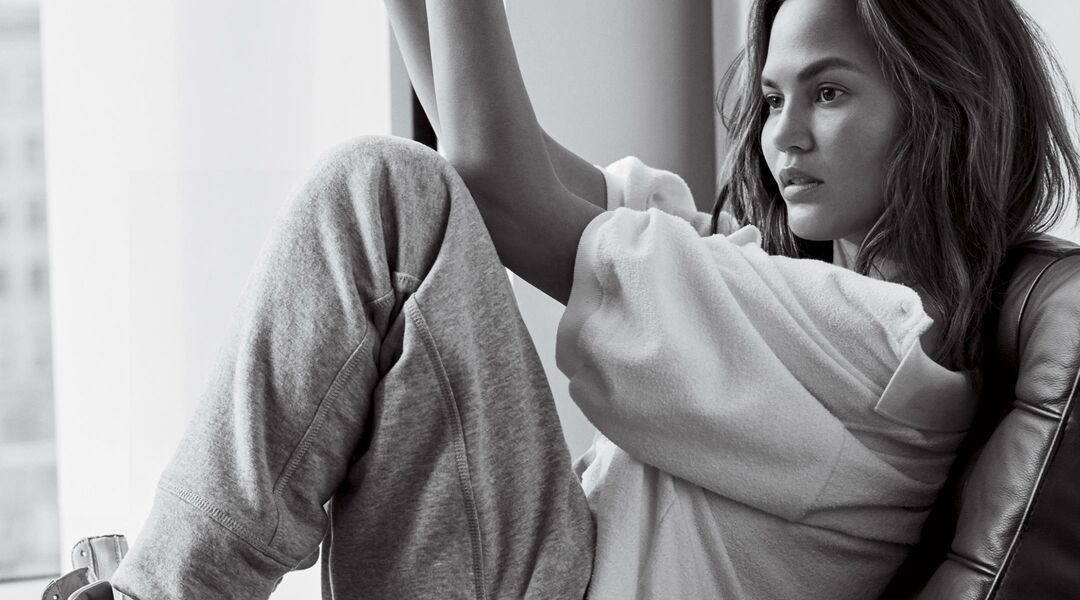 Mostly thanks to her hilarious, candid social media presence, we’ve essentially tricked ourselves into thinking Chrissy Teigen is one of our mom friends. We’ve seen her stretch marks. We’ve empathized with her diaper changing struggles. But girlfriend’s been holding out on us. Even Teigen was reluctant to talk about postpartum depression. You probably didn’t know she was one of the 10 to 15 percent of women who suffers from PPD. But now, she’s opening up.

In an essay for Glamour, Teigen opens with the acknowledgment that, to her fans, this is probably a very unexpected announcement. “Let me start here: To a lot of you, I think, I seem like the happiest person on the planet,” she writes. And it’s true! Instagram photo after Instagram photo depicts a woman positively beaming at her husband and her baby.

“I had everything I needed to be happy. And yet, for much of the last year, I felt unhappy,” she continues. “What basically everyone around me—but me—knew up until December was this: I have postpartum depression. How can I feel this way when everything is so great?”

And here comes her characteristic relatability: “I also just didn’t think it could happen to me.”

While risk factors like family history, thyroid imbalances and outside stressors can make you predisposed to postpartum depression, for the most part, it can happen to anyone.

“I have a great life. I have all the help I could need: John, my mother (who lives with us), a nanny,” Teigen says. “But postpartum does not discriminate. I couldn’t control it. And that’s part of the reason it took me so long to speak up: I felt selfish, icky, and weird saying aloud that I’m struggling. Sometimes I still do.”

When her lingering symptoms made her feel like a totally different person—emotionally and physically—she knew it was time to seek help.

“I couldn’t figure out why I was so unhappy. I blamed it on being tired and possibly growing out of the role: ‘Maybe I’m just not a goofy person anymore. Maybe I’m just supposed to be a mom,’” she says. “I was different than before. Getting out of bed to get to set on time was painful. My lower back throbbed; my ­shoulders—even my wrists—hurt. I didn’t have an appetite. I would go two days without a bite of food, and you know how big of a deal food is for me. One thing that really got me was just how short I was with people.”

A physical with her general practitioner finally provided a diagnosis for this new version of Teigen: postpartum depression. And it came as a relief.

“I remember being so exhausted but happy to know that we could finally get on the path of getting better. John had that same excitement. I started taking an antidepressant, which helped. And I started sharing the news with friends and family—I felt like everyone deserved an explanation, and I didn’t know how else to say it other than the only way I know: just saying it. It got easier and easier to say it aloud every time.”

That’s still part of the problem though—that new moms have to offer explanations or make apologies when something isn’t right. Teigen hopes that, by sharing her story, she’ll be able to change that.

“I’m speaking up now because I want people to know it can happen to anybody and I don’t want people who have it to feel embarrassed or to feel alone,” she says. “I also don’t want to pretend like I know everything about postpartum depression, because it can be different for everybody. But one thing I do know is that—for me—just merely being open about it helps.”

How Singing Benefits You and Baby