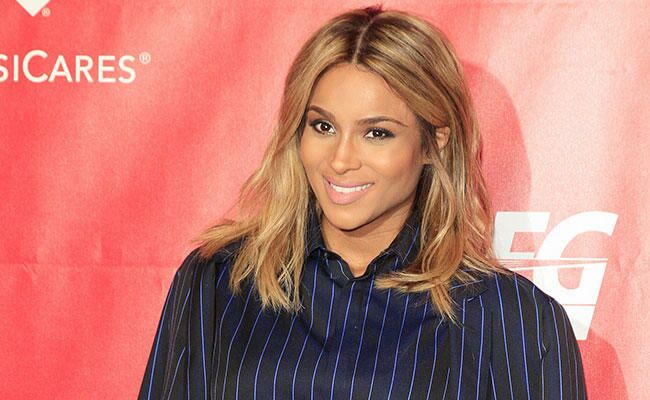 Ciara has now joined the ranks of the most glam moms in town, because she gave birth yesterday! The singer and her fiance, rapper Future , welcomed their baby boy  Monday morning in LA, who weighed a healthy 9 pounds and 10 ounces.

Now, Baby Harris-Wilburn couldn’t have any ordinary name (yes folks, Ciara’s full name is Ciara Princess Harris and Future’s real name is Nayvadius D. Wilburn), since his father did make the jump from Nayvadius to Future, after all. That’s pretty major.

However, little Future Zahir Wilburn has the best of both worlds: He has the tradition of being named after his father, and has a completely awesome Arabic-inspired middle name that means “blossoming.” And if you think about it, his name is also pretty meta, since he’s Future’s future. And if baby Future has a son name Future, the Future could go on forever! I need to just stop myself now.

Ciara posted a picture on Instagram announcing Future’s name while he waved hello to the world:

Zahir will also have three half-siblings from Future’s previous relationships.

Would you name your son after his father? Do you have any family traditions of doing so?