Brain Cancer Didn't Stop This Dad From Holding His Baby 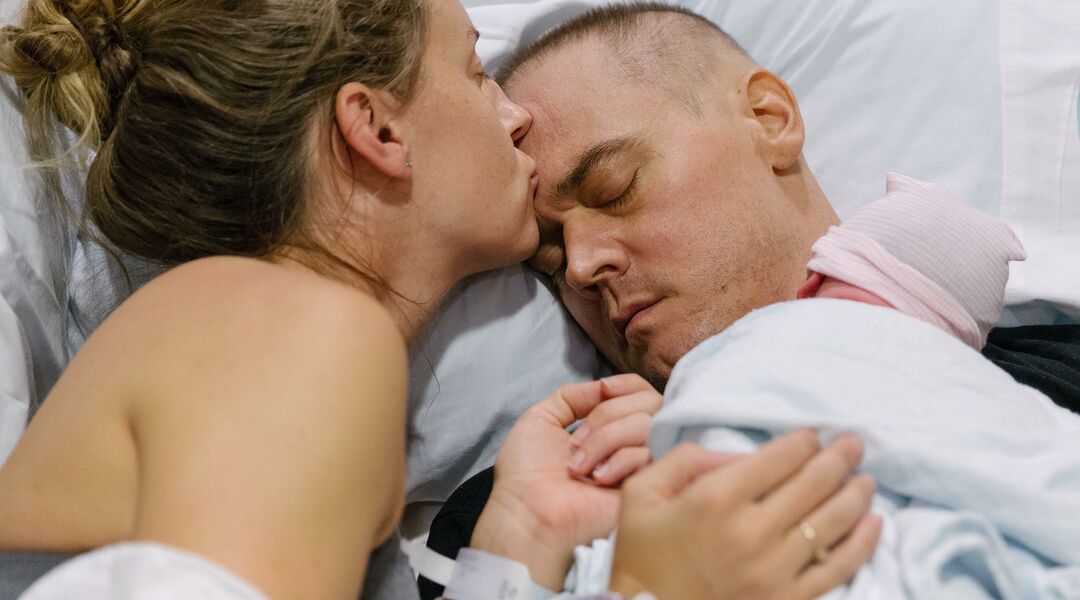 The story of Jenna and Josh Buehler, newlyweds and new parents, isn’t an easy one to tell. Just two days into their honeymoon, Josh, who began acting confused and tired, learned he had a brain tumor. In the midst of aggressive treatment, the couple welcomed a baby girl. And while Josh ultimately lost his brain cancer battle, he fought hard to be able to meet his daughter.

Josh, who passed away in November, had a glioblastoma. He underwent surgery shortly after his March 2015 diagnosis, which successfully removed 90 percent of the tumor. All was well. The Atlanta, Georgia couple revamped their lifestyle, adhering to a strict diet and seeking all sorts of treatment to keep Josh as healthy as possible.

In January of 2016, Jenna got pregnant with the help of IVF.

They continued to fight. They went to one another’s doctor appointments. But Josh’s health was deteriorating.

Josh’s neuro-oncologist coordinated with the hospital, providing him with a bed to face Jenna during her delivery in September.

With Jenna’s help, he was able to hold his newborn baby, Reilly.

Wondering how all of these moments, simultaneously heartbreaking and inspiring, were captured? From the day of Josh’s very first surgery, photographer Jennifer Keenan Giliberto was there to document the journey. Giliberto, who was diagnosed with brain cancer in 2007, proposed the project to her neurosurgeon, who was also Josh’s surgeon. Josh and Jenna welcomed the idea, and met Giliberto on the day of Josh’s operation.

“Brain cancer is personal and the documentary project is rooted in my own experience,” Giliberto tells The Bump. “As a patient, I have often found it difficult to express how a brain cancer diagnosis impacts not only the patient, but their family and loved ones too. My goal from the outset was to tell the visual, chronological journey of a patient with brain cancer and convey the magnitude of the experience."

Her project, called this is…, features over 300 images from Josh and Jenna’s 20-month journey.

“We immediately fell into a comfortable relationship and they were unaffected by my presence while I photographed,” Giliberto says. “More importantly, they felt as strongly as I did about opening the door, pulling the curtains back and exposing the viewer to the entirety of the brain cancer experience."

"Quite simply, I hope these images generate an emotional response and viewers feel the love, strength, perseverance and commitment between Josh and Jenna, and eventually come to some understanding of what this journey is for patients and their families.”

And for Jenna? As she tells TODAY, this documentary will show her daughter what an incredible man Josh was.

“It means that my daughter has the opportunity to see her father’s fight. She gets to see how much her parents loved one another and how much she was wanted. Josh wanted her so badly. He didn’t fight for him, he fought for her.”