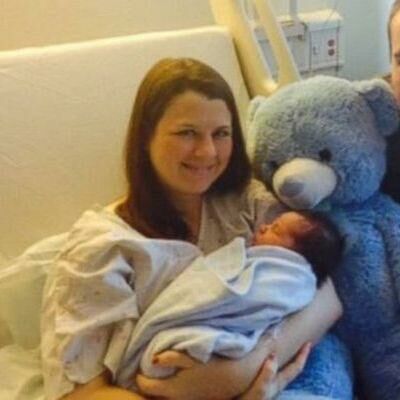 Good things come on great dates! At least, that’s what one South Carolina couple would say about their nuptials and first-born’s birth date.

Chase and Sarah Oliver were wed on a little over two years ago, on 9/10/11. Pretty adorable, right? The couple planned to say their ‘I do’s’ on the iconic date but had no clue that their first chapter together would prove their wedding date to be twice as nice.

After he was born, baby James weighed in at 9 pounds, 1 ounce and he’s 21 and a half inches long. He’s happy and healthy, even though he’s a few days earlier than mom and dad expected him. “We never really expected it since his due date was for so much later,” said the proud papa, “but everybody is doing good. Mama’s good, baby’s good.”

So, will they try to go three-for-three? (The very last sequential date of the century is coming up next year, 12/13/14. ) “Everyone’s saying, ‘You’ve got one last shot at it,’ but I don’t know if that’s in our future,” Oliver said with a laugh, “If it is, we might need to play the lottery.”

Did your baby’s birth date fall on a special date for your family?