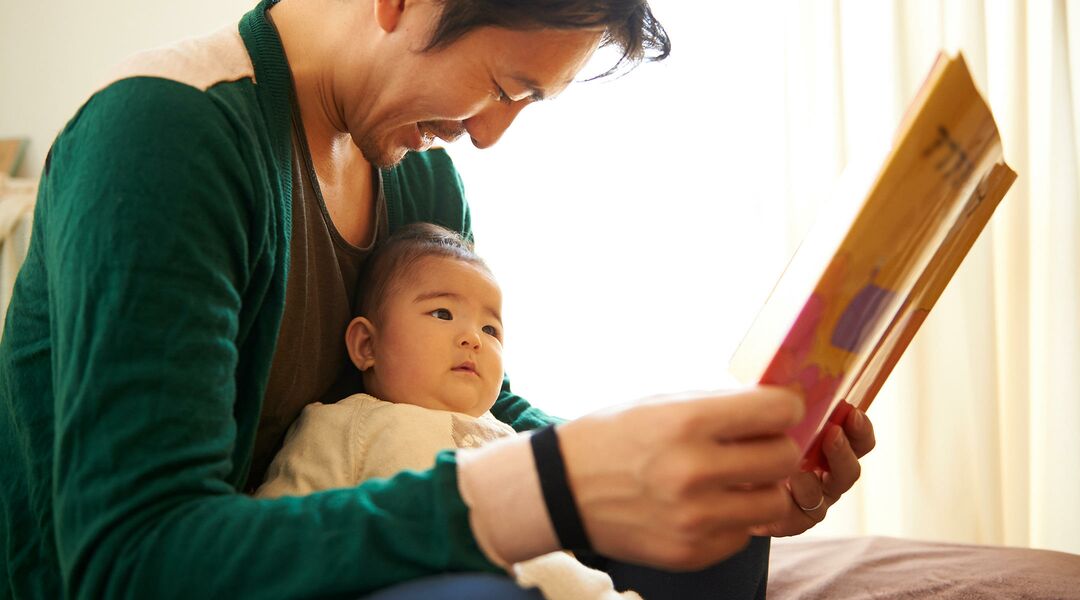 Hands-on dads could be more hands-off with homework help down the road. A new study from the UK shows that fathers who interact more with their babies during the first few months of life may positively impact cognitive development.

Researchers from Imperial College London, King’s College London and Oxford University zeroed in on baby-and-dad interactions at baby’s 3-month mark. They found that when dad was more active and engaged during playtime, baby performed better in cognitive tests at age 2.

Wondering what a cognitive test looks like for a toddler? Researchers observed toddler behavior during book-reading sessions. Separately, they measured how well kids could recognize colors and shapes using an evaluation tool called the Bayley mental development index.

While this correlation between dad’s behavior and baby’s development has been largely unexamined, study results, published in Infant Mental Health Journal, showed equal positive outcomes for boys and girls. In addition, the more sensitive and calm a father appeared, the better a child’s cognitive outcomes were a year later.

Lead researcher Professor Paul Ramchandani or Imperial College London explains the study did have limitations, as the fathers evaluated were almost all drawn from well-educated populations.

“For those fathers who are more engaged it may be that there is a lot more positive stuff going on in their lives generally,” Ramchandani says. “That might be the reason for the link, but we can’t be sure of that. All we can say is that there is a signal here, and it seems to be an important one. The clear message for new fathers here is to get stuck in and play with your baby. Even when they’re really young playing and interacting with them can have a positive effect."