It's not so different from you.
ByAnisa Arsenault
Associate Editor
PublishedFeb 2017 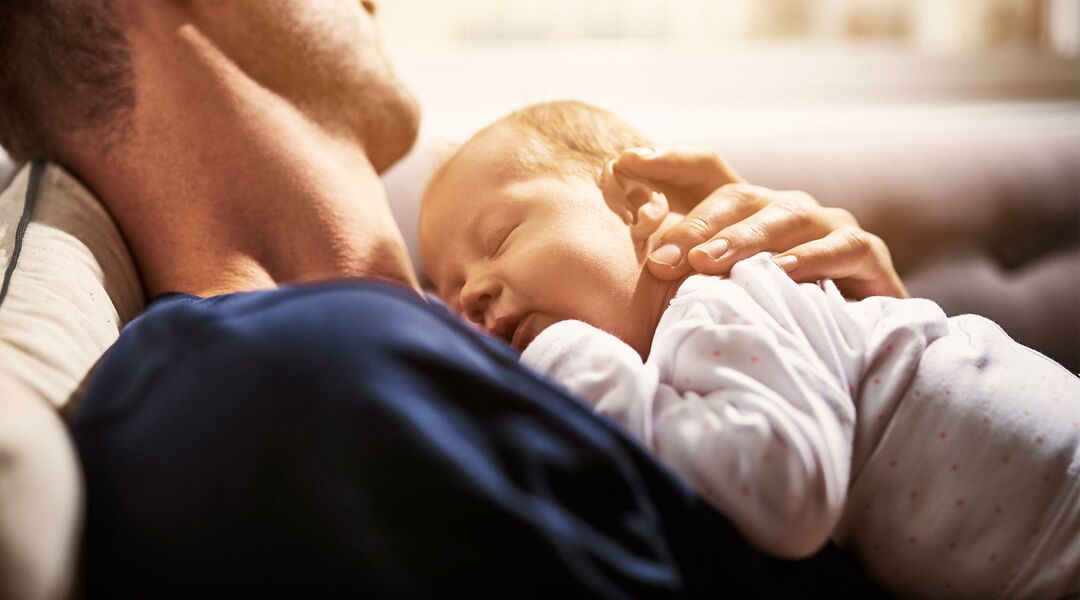 When it comes to bonding with baby, your body was designed for it. Hormone changes during pregnancy prepare women for child rearing, and the oxytocin released during skin-to-skin contact and nursing has long been known to strengthen that bond. But what about your partner? For men, hormones come into play too.

“I’m interested in understanding why some fathers are more involved in caregiving than others,” says James Rilling, PhD, an Emory University anthropologist and director of the Laboratory for Darwinian Neuroscience. “In order to fully understand variation in caregiving behavior, we need a clear picture of the neurobiology and neural mechanisms that support the behavior.”

So he got started on a study. With the help of nasal spray, fathers of children between the ages of 1 and 2 were given a dose of oxytocin. Then, each father was shown a photo of his child, a child he didn’t know and an adult he didn’t know while undergoing an MRI brain scan.

The findings? When looking at photos of their own children, men who were administered doses of oxytocin showed increased activity in the parts of the brain associated with reward and empathy, suggesting the hormone serves as a motivator for interacting with and nurturing kids.

“Our findings add to the evidence that fathers, and not just mothers, undergo hormonal changes that are likely to facilitate increased empathy and motivation to care for their children,” Rilling says. “They also suggest that oxytocin, known to play a role in social bonding, might someday be used to normalize deficits in paternal motivation, such as in men suffering from postpartum depression.”

But can dads boost oxytocin levels without a special nasal spray? Definitely. The easiest way is via skin-to-skin contact with baby—it works for moms and dads.