“If she wants to stop for basically no reason, then the money for formula should come out of her personal spending money...”
ByStephanie Grassullo
Associate Editor
PublishedMar 2019 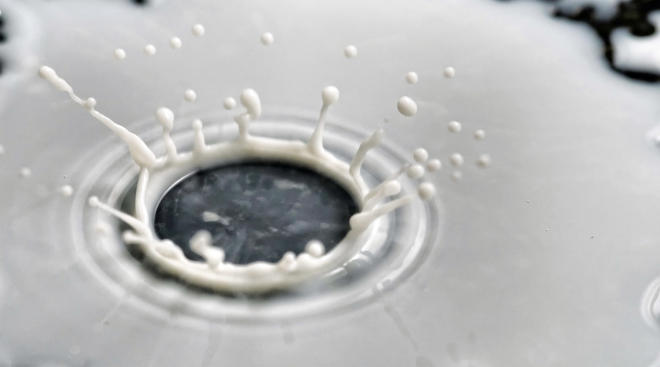 “Am I the as*shole for thinking formula should come out of my wife’s budget,” one dad asked. The Internet seemed to all have the same response: Yes, yes you are.

The anonymous parent took to Reddit to ask the question in a post which has since been removed. But the user wasn’t able to take it down fast enough before screenshots were taken for proof.

“She has been breastfeeding for six months since the baby was born, and now wants to switch to formula. She makes plenty of milk and everything, she just says she ‘feels done,’” the dad argues. “I think if she wants to stop for basically no reason, then the money for formula should come out of her personal spending money because she is the one making that decision. She says I am an a*shole, and it should come from the family/grocery budget—which is already tight—even though I don’t have a say.”

The self-righteous dad was likely looking for a little support from his Reddit community, but his woes were falling on deaf ears. “Where was that post claiming someone else is the biggest a*shole of the year,” one user asks. “Because I think we have a new leader.” That response just about sums up everyone’s reaction to the partner’s request.

Every woman’s relationship with breastfeeding is different. For some, nursing may not even be an option. We know there are many benefits to breastfeeding for mom and baby, but at the end of the day an unhappy mom isn’t a healthy mom. If a mother is struggling with nursing her baby, it could take a toll on her well-being as well as her relationship with her child. When it comes to feeding baby formula or breast milk, every mother needs to do what’s best for baby and herself.

Not to mention, having a baby with your partner is a shared responsibility. So it’s pretty out of line for the anonymous parent to try to hold the mom responsible for all of their child’s feeding expenses.

The Reddit user broke the No. 1 rule of parenting: always support each other. Having a child is a big adjustment for couples, and the only way you’ll both reach your full potential is by preparing your relationship for baby. That may mean having some difficult conversations to ensure you’re both on the same page. Although the Reddit user says his wife is choosing to stop nursing for “no reason,” there’s probably a whole slew of reasons why the wife has made the decision to stop. What she needs now is for her partner to hear her out and support her.