The only thing crazier than these father-son adventures is this dad's photo editing expertise.
ByAnisa Arsenault
Associate Editor
PublishedMay 2016 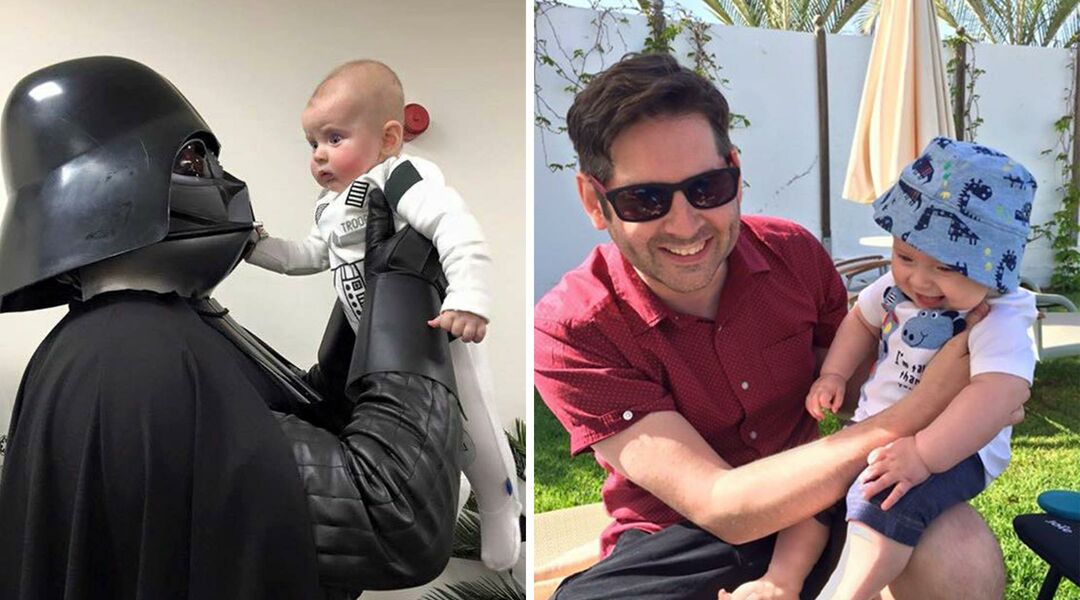 If you’re a new parent, there’s a good chance you’ve already seen some of Matt Coyne’s posts online. The UK dad has been hilariously chronicling life with baby Charlie on his Facebook account, Man vs. Baby, since Charlie arrived in September 2015. Last year, the battle of Man vs. Baby got even more real when Mom, Lyns, headed back to work. But Matt promised to keep her posted.

“Tough week. Charlie’s mum’s maternity leave ended. So the person in our house who prevents fires, etc., returned to work,” Matt begins in his post. “To alleviate Lyns’s concerns about leaving Charlie in the care of a f*ckwit, I promised to keep in touch…”

And so begins a barrage of totally goofy—and totally nonreassuring—messages from Matt to Lyns. Some photo editing skills allowed the father-son duo to send their love from a bar, a strip club, a skydiving adventure, and last but not least, while being shot out of a cannon.

Here’s a closer look at those photos:

Matt’s post, while clearly a joke, draws attention to how incompetent new dads are expected to be. But dads are stepping up across the globe. In the UK, the number of stay-at-home dads doubled between 1993 and 2013. In the US, it’s nearly tripled over that same time period. This message, along with Matt’s humor, resonates. He has since landed a book deal.

In the year since his Photoshopped images went viral, Matt’s shared many more of his ‘adventures’ with Charlie. They’re much more tame than, say, being fired out of a cannon, but hilariously illustrate day-to-day life with a toddler.

For example, why use one wipe when you can use the whole pouch?

And learning how to talk has come with its fair share of bloopers.

Hand-eye coordination? Not yet.