He only had seconds to act before the 65-foot tall tree fell on his son.
ByStephanie Grassullo
Associate Editor
PublishedFeb 2019 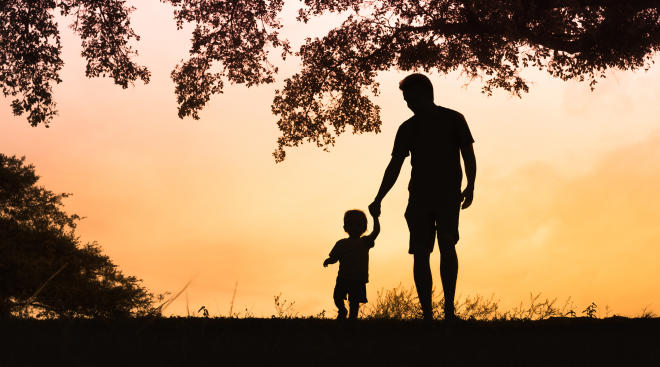 An Australian dad is being hailed a hero after shielding his son from a massive falling tree.

It was a picture-perfect day at the park, where a handful of kids and their parents were gathered for a youngster’s party. The scene was soon spoiled when a 65-foot tall tree split and crashed down towards a few kids hanging out underneath it, The Advertiser reports.

Luckily Miguel Mawate’s dad reflexes instantly kicked in. Using his body as a human shield, the 37-year-old protected his son from harm’s way.

“‘In those three seconds, I thought ‘if I pick him up, if I get up and run, it’s probably not going to work, we’re probably going to get hit in the head.’ So I just had time to grab him by the legs, he fell back, and then I got on top of him,’ he tells 9News.

Mawate suffered from back injuries and was taken to the hospital where he is in stable condition and expected to make a full recovery. Doctors say it will be a slow and painful process of recuperation, but the dad is thankful the accident wasn’t as disastrous as it could have been.

“How I got out of it, I honestly don’t know…I’m very lucky,” Mawate says.

A 61-year-old party-goer was also taken to the hospital to be treated for a heart condition and two children were treated for shock, but miraculously enough, no one else was seriously injured.

Over the summer, another father was forced to do some quick thinking when his son fell from a balcony.