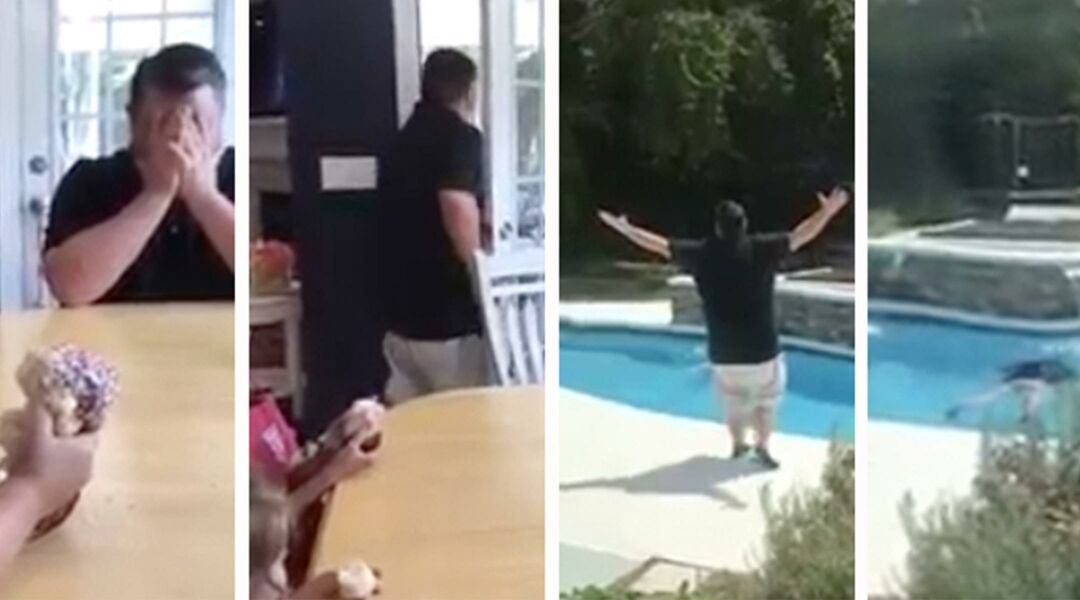 We know that gender reveals don’t always go as planned. Sometimes they fail to get the message across. Sometimes they’re against the law. But they shouldn’t ever be the cause of an existential crisis. One dad, however, decided he simply could not go on after learning he was having a fifth girl.

In a hilarious video, Georgia couple Christine and Josh Batson gathered their four daughters around the kitchen table to find out if they were having a boy or a girl. It had all the markings of a classic gender reveal: cupcakes filled with pink or blue frosting. But after the first few bites proved pink, the reveal took a turn. 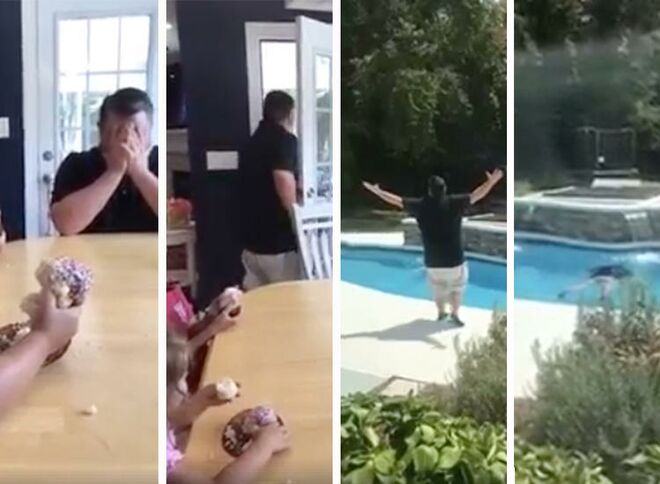 Luckily, Christine was pretty amused by the whole thing.

While Josh’s dramatics might make you laugh, gender disappointment is a very real thing. Psychologist Shoshana Bennett, PhD, leaves The Bump readers with this advice to cope:

“Even if you were to have a child with the gender you’d wanted, you’d be placing all kinds of expectations on what the child would be like,” Bennett says. “The truth is, you don’t know what this child’s temperament will be. They’ll have their own passions. Look forward to discovering them along with him or her.”