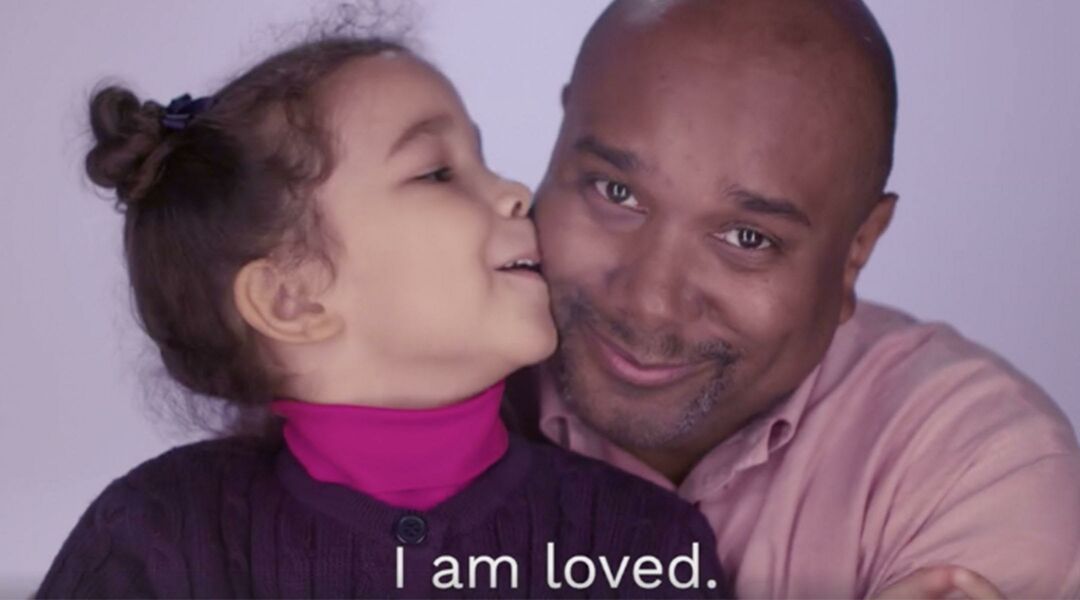 Every morning before school, Ron Alston coaches his 3-year-old daughter Aliya through an empowering mantra as she faces a mirror: “I am strong. I am smart. I work hard. I am beautiful,” it begins. There’s a good chance you’ve seen a video of their morning routine, which went viral this fall. And now, it’s inspiring other dads to do the same.

The Scene recruited seven fathers to write affirmations for their own little girls, who repeated their dads’ words on camera.

“The dads were definitely more nervous than their daughters!” The Scene’s Annie Venezia tells The Bump. “The dads were encouraging, oftentimes mouthing the affirmations with their daughters. There were also a lot of giggles and hugs on set, as well as a rendition of Katy Perry’s ‘Roar.’”

“My daughter, Camilla, and I so thoroughly enjoyed this experience! It was such a fun love fest. And it was cool to see how the video included clips that really represented my daughter’s personality,” says Christopher Persley, one of the fathers featured. “We actually worked on our list of affirmations together beforehand. It was such an amazing opportunity to listen to my daughter share what she needs to hear everyday. Some of the affirmations are things we’ve talked about for a few years and are some of our core ideals as a family. Some are new and represent her life in kindergarten. Others reflect her identity development like “I love my hair,” which is especially important to us as a bi-racial family.”

Christopher’s advice to dads? “I honestly believe that all dads should embrace the challenges of parenting,” he says. “Easy is not nearly as rewarding. One of those challenges is finding the right words for the right moment. I always say trust your gut. And let your child’s interests guide the way. So, make sure you’re observing what your child likes.”

We won’t spoil the whole thing, but take a look at some of the cutest moments below.

Watch the full video below.