This Delivery Room Proposal Is Guaranteed to Make You Smile 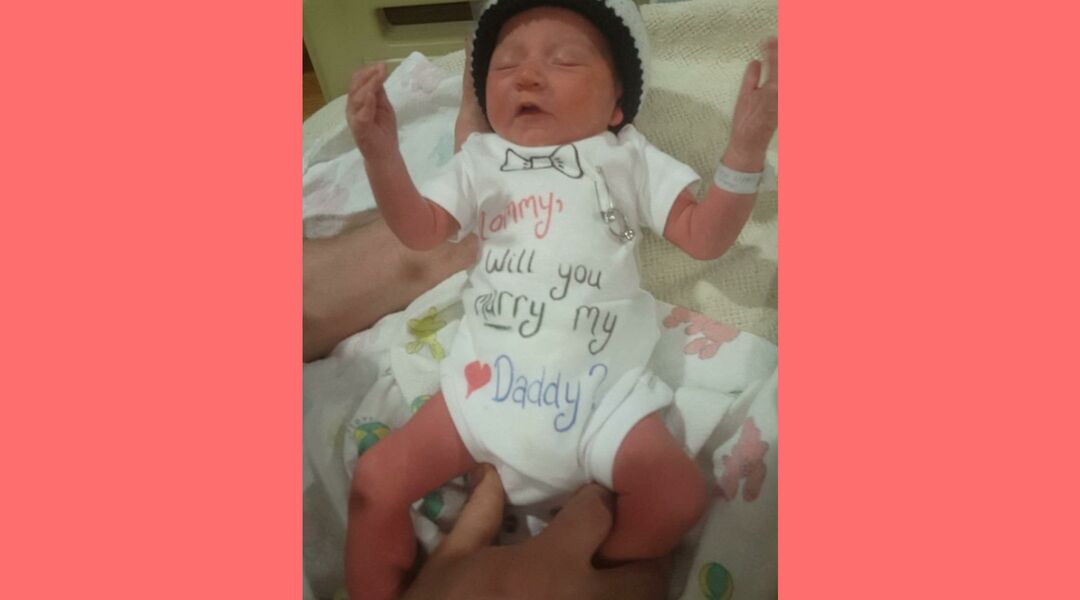 A big congratulations is in order: One Nebraska couple checked two of life’s biggest milestones off their list in one fell swoop, welcoming their first child and getting engaged within hours. And the proposal was perfect.

Brand new dad Darick Mead enlisted the help of his newborn son, Ryder, to pop the question, pinning an engagement ring to a very special onesie.

Mom Susan Medina did not see this one coming.

“The nurses even took Ryder to ‘check on him’ when really they were getting him in his outfit," she tells BuzzFeed. “[Darick] used to always say that we wouldn’t be married for at least 40 years, just so I wouldn’t know when he would pop the question, so when he did, I was super overwhelmed."

Equally overwhelming? The amount of social media attention the couple’s received since tweeting their big news. Over 12,000 Twitter users have favorited Medina’s post.

“I’ve had a lot of moms message me and give me tips, they’re all super nice, so I think I’ll have some new mom friends," she says.

Might we suggest meeting some new-mom friends on The Bump as well? And getting started on wedding planning on The Knot. Just saying.