Do You Think a Judge Should Have the Right to Change This Baby’s Name? 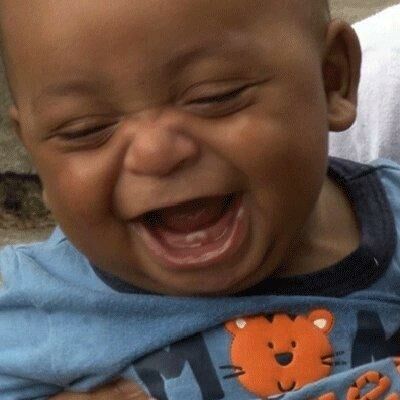 NBC station WBIR reported that in Tennessee, a judge has ordered that parents change their 7-month-old baby boy’s name from “Messiah” to “Martin” after ruling that the name “Messiah” is a title that has " only been earned by one person and that one person is Jesus Christ."

The baby’s mother and father went in for a child support hearing because they struggled to decide on a surname for their son — and ending up leaving the court with an entirely new moniker for their baby boy_._ The Cocke Country Chancery Court Child magistrate, Lu Ann Ballew, decided on Thursday that the baby, Messiah DeShawn Martin (pictured above), should be renamed Martin DeShawn McCullough, citing the fact that the title has only been earned by Jesus.

Defending her controversial ruling, Ballew said that she was making the decision in the best interests of the child because he’ll be raised in a predominantly Christian community. She told his parents, “It could put him at odds with a lot of people and at this point he has had no choice in what his name is.” When asked how she felt about other people naming their children Jesus, Ballew answered, “I thought about that as well, and that’s not relevant to this case.” In her time as magistrate, it was the first time she has ever ordered a child’s first name be changed.

His mother, Jaleesa Martin, told the Tennessee-based radio station that she planned to appeal the ruling, saying, “I never intended on naming my son Messiah because it means God and I didn’t think a judge could make me change my baby’s name because of her religious beliefs.” Instead, the inspiration for the name came from the fact that she liked the way it sounded with baby’s two older siblings, Micah and Mason. She added, “Everybody believes what they want so I think I should be able to name my child what I want to name him, not someone else.”

Jaleesa’s appeal will go before the Cocke County chancellor (just outside of east Knoxville, TN) in just a few week’s time, on September 17. In the meantime, she plans to continue to call her son Messiah regardless of the court’s ruling.

Do you think the court should get involved with parent’s name choices?

Babies Can Differentiate Parent’s Hug From a Stranger’s, Study Says

Universal COVID-19 Testing May Not Be Necessary for Laboring Moms, Study Says