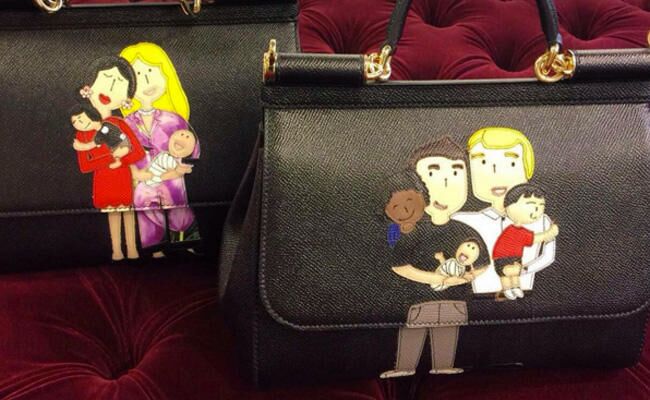 Too little, too late? In perhaps too overt a reference to the controversy the designers stirred last year, Dolce & Gabbana just unveiled a new line featuring same-sex couples with young children.

Need a quick refresher of 2015’s saga? In an interview with Italian news magazine Panorama, the designers, who dated for 23 years, stated, “We oppose gay adoptions. The only family is the traditional one.” They also criticized IVF and surrogacy: “No chemical offspring and rented uterus: life has a natural flow, there are things that should not be changed.”

Their comments prompted celebrity backlash, with figures like Elton John—who conceived sons Zachary and Elijah through IVF—calling for a boycott of Dolce & Gabbana.

Here we are, almost a year later, and Stefano Gabbana is teasing some pretty unique designs on his Instagram account along with the hashtag #DGFamily.

In spite of last year’s comments, the brand has previously established itself as family-friendly. The theme of the  fall/winter 2015 collection, for example, was “The Mother.” Three models carried their children down the runway, pieces were inspired by children’s artwork and one model strutted her bump — all to the tune of “Mama” by the Spice Girls.

Time will tell if this new line is enough to lure back alienated customers.