Donald Trump Was Right: Removing a Liquid From Your Body at Work Is Disgusting 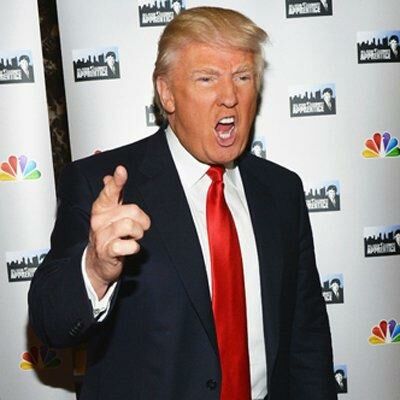 News alert: Donald Trump isn’t on board with the Boobolution. It was revealed recently that in 2011 the Republican presidential hopeful lashed out lawyer Elizabeth Beck when she asked for a medical break to breast pump in the middle of a deposition involving a failed Florida real estate project, reports The New York Times. Specifically, he called her “disgusting” and walked out of the room. Neither side disputes the remark.

And when the comment came to light, Trump’s tweets show he’s proud of how the proceedings played out.

In my opinion, Trump has done the nation a true service this week – he had the guts to point out an unseen epidemic in this country. He didn’t mean to, but by calling a breast-pumping working mother “disgusting,” he has pulled back the lid on an even bigger, more disgusting trend. Every day, every single American worker does something positively revolting while on the job: They go into small, private rooms and eliminate a liquid from their bodies. Multiple times a day. Sometimes just a few feet away from YOUR desk – I’m talking to YOU, Tim in Accounting.

We are, by many metrics, the most powerful and advanced country on earth, and yet our workers are behaving with complete lack of self-control. And they’re doing it while on the payroll! They don’t ask permission, and they act like it’s their right. They just saunter off to do this heinous act whenever they feel like it. Talk about a welfare state! Where will it end? And worse, every single one of these workers expects to continue to be PAID while they spend whole minutes in those little rooms, doing God-knows-what to get this liquid out. Disgusting.

Let’s stop beating around the bush: I’m talking about peeing at work, and it’s got to stop. Productivity and economic progress cannot be hindered by your disgusting need to urinate. This is America, for God’s sake. And you should not dream of inconveniencing any of your fellow workers with this need. Do not excuse yourself from a meeting to do it. Do not ask a co-worker to “hang on” while you run to the men’s room. And restaurants – restaurants! They need to immediately take down those “all employees must wash hands” signs, because frankly, as a patron, I don’t want my dinner fouled by the knowledge that my servants – I mean servers – are urinating on the job. Disgusting. Hold it till you get home, you animals.

Once we solve this nationwide Work Urination scourge, we can move on to the much smaller, much more time-limited subset of workers who, for a few months at a time, need a few breaks during the day to pump breast milk to feed their helpless infant babies. Hang on while we get people to stop peeing at work, new moms, and then we’re coming for YOU.