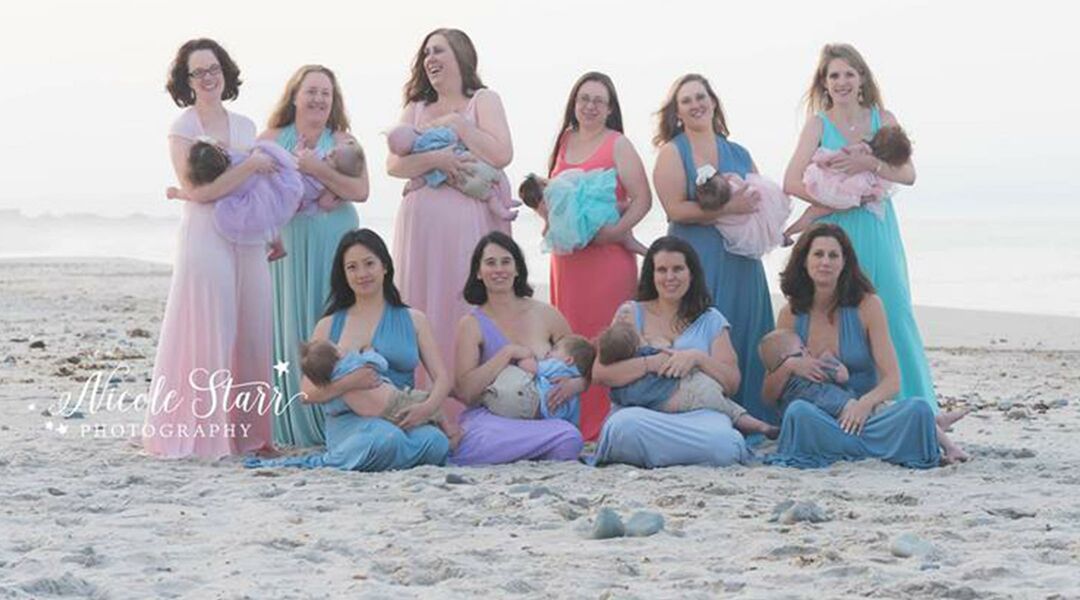 Yes, babies with Down syndrome can breastfeed.
PUBLISHED ON 07/21/2017

A month ago, a group of moms got together on a Massachusetts beach for a breastfeeding photo shoot. Like the other breastfeeding shoots we’ve seen, this one featured colorful gowns and a beautiful backdrop. But it’s making waves for something remarkable: every baby involved had Down syndrome.

Cullen is the force behind Julia’s Way, a non-profit dedicated to reimagining what’s possible for those living with Down syndrome. As the name suggests, it was inspired by her daughter, Julia, who’s 1.

The organization’s first project, a video called Why Be Normal, was released in March. And now, Cullen is focusing her efforts on breastfeeding.

After conducting a survey among mother of babies with Down syndrome, Cullen learned 20 to 30 percent of them were told their babies were “not as capable” of breastfeeding as other children. That perception needed to change.

Phase one was awareness: sharing a gorgeous photo shoot of 10 moms defying the stereotype that babies with Down syndrome can’t breastfeed.

Cullen didn’t anticipate the level of awareness it would actually raise.

Phase two? A video all about breastfeeding. And just in time for Breastfeeding Awarness Month, it's here.

Moms explain the difficulties they faced that got in the way of nursing, from latch issues to cardiac complications.

"I would keep trying to put her to the breast and we would both end up in tears," one mom says.

But each mom featured had her own reasons for pressing on.

"It strengthens the muscles of the mouth and the tongue and cheeks to help with speech later on, so that was a huge motivator," another says.

Eventually, all 10 women successfully breastfed their babies. And they want you to keep something in mind.

"There shouldn't be any expectations that your child cannot do something."