Exclusive: Why One Woman Hid Her Pregnancy for 8 Months 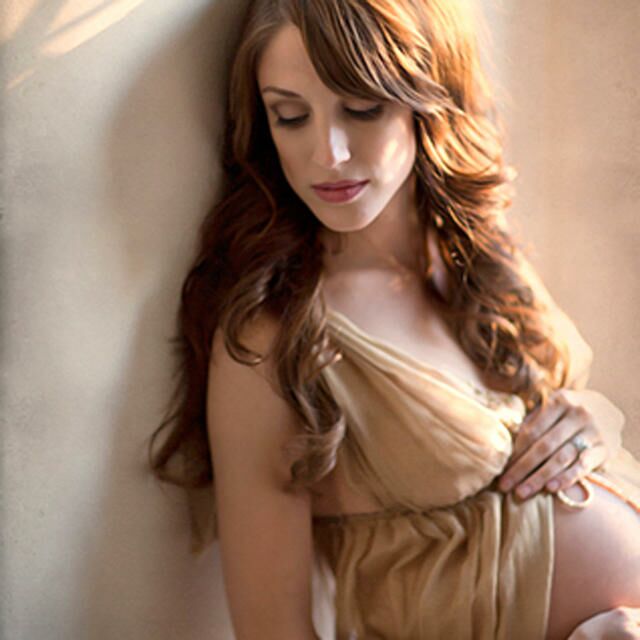 Can you imagine keeping your pregnancy a secret up until almost the end? That’s what one mom-to-be decided to do when the pink line on her pee stick appeared this past April. Although Vanessa Joy and her husband Rob Adams were trying to get pregnant, it still didn’t prepare the New Jersey-based wedding photographer for the shock of that OMG moment.

“Maybe because I was expecting it to be negative like all the rest I had taken up until then. That and a hundred other different reasons I just looked down at it and was horrified. The one thing I couldn’t do was jump up and down holding the pee stick and fake it. I wanted to be honest about how I felt and I was happy that I was,” Joy tells The Bump.

Three months before her positive result, Joy wrote a post on her blog called “ Why I Was Convinced Pregnancy Would Ruin My Life.” In a twist of fate it was published by a local newspaper just a few weeks after she found out she was pregnant. The article expressed her honest fears that having a baby would wreck her career. As a wedding photographer, Joy knew nervous brides would be hesitant to hire her if there was even the slightest chance she wouldn’t make it to shoot on the day of the wedding. “Before I was ever planning on kids, a bride told me she was concerned I might be starting a family even though I told her I wasn’t, so she didn’t want to hire me because of it.”

All of these things and more led Joy to keep her belly under wraps from everyone in her life—except for a few very close friends and family. “The truth is that no one could tell I was pregnant anyway. Despite having a perfectly-sized baby according to ultrasounds, I could easily hide it until I reached about seven and a half months,” says Joy. “I definitely had a bit of luck there and I was able to keep my personal life personal so I chose to do that as long as I could.”

In her eighth month, when Joy reached the point she could no longer hide she officially made the announcement by posting maternity photos on Facebook. “Immediately, everyone was confused and wanted to know why. That’s when I decided to write the second post explaining why I hid it. I figured it would resonate with a lot of women and bring to light a lot of issues that women are scared to talk about,” says Joy.

With her baby girl due to arrive any day now, Joy’s had time to process things and figure out how to make motherhood work for her—just like she made the decision to hide her pregnancy work for her. “I’m bringing a baby into my life, I’m not bringing myself into theirs,” she says. “And that’s not to say I’m going to ignore my child and just do what I want, but I’m going to create a lifestyle that works for my entire family, baby included. In fact, her first scheduled plane ride is set to happen when she’s three months old! I understand that I truly don’t know what lies ahead as a first-time mom, but I’m happy having goals for the new experience, while learning to be flexible and grow through it all.”

To read more of Joy’s story visit her blog at www.vanessajoy.com.

And tell us. Could you imagine keeping your pregnancy secret for 8 months?

I Don’t Feel Pregnant. How Do I Know This Is Real?

5 Ways to Reduce Stress During Pregnancy

Q&A: Breastfeeding After a Year?

How Can I Know My Baby’s Okay?

An ‘Encouraging’ Letter to Pregnant Moms

Q&A: How to Get People to Stop Touching My Belly?