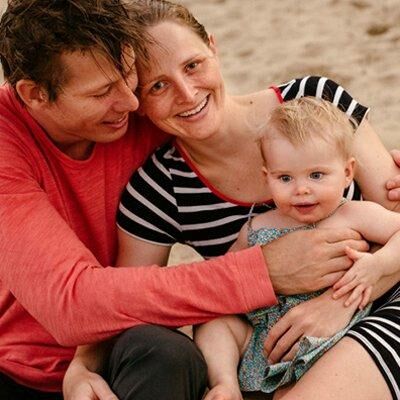 Working Moms Get an Apology — From a New Mom

Katharine Zaleski is proving it's never too late to say "I'm sorry." And her apology is directed at her fellow working moms.

"I’m sorry to all the mothers I used to work with," she writes in a commentary for Fortune. "I didn’t realize how horrible I’d been – until I had a child of my own.”

The former Huffington Post and Washington Post manager is now the co-founder and President of  PowerToFly, a platform that matches women in skilled tech and digital positions that they can do from home. And her road to epiphany was ruthless. In fact, she lists some of her infractions against moms:

But five years later, Zaleski gave birth to a daughter of her own. And she felt her carefully-constructed career start to slip away.

"I was now a woman with two choices: go back to work like before and never see my baby, or pull back on my hours and give up the career I’d built over the last ten years," she writes. "When I looked at my little girl, I knew I didn’t want her to feel trapped like me."

During her maternity leave, Zaleski was approached by Milena Berry with the idea to start PowerToFly. That's when a new perspective opened up: one that proved moms could come close to having it all. Crazy commutes are replaced with the ability to pick up kids from school.

"I wish I had known five years ago, as a young, childless manager, that mothers are the people you need on your team," she says. "There’s a saying that 'if you want something done then ask a busy person to do it.' That’s exactly why I like working with mothers now."

Read all of her story — and apology — on Fortune.com. And if you're a mom, go do a victory lap after; you'll be feeling pretty empowered.