The most important part? It got this mom-to-be smiling again.
ByAnisa Arsenault
Associate Editor
PublishedSep 2017 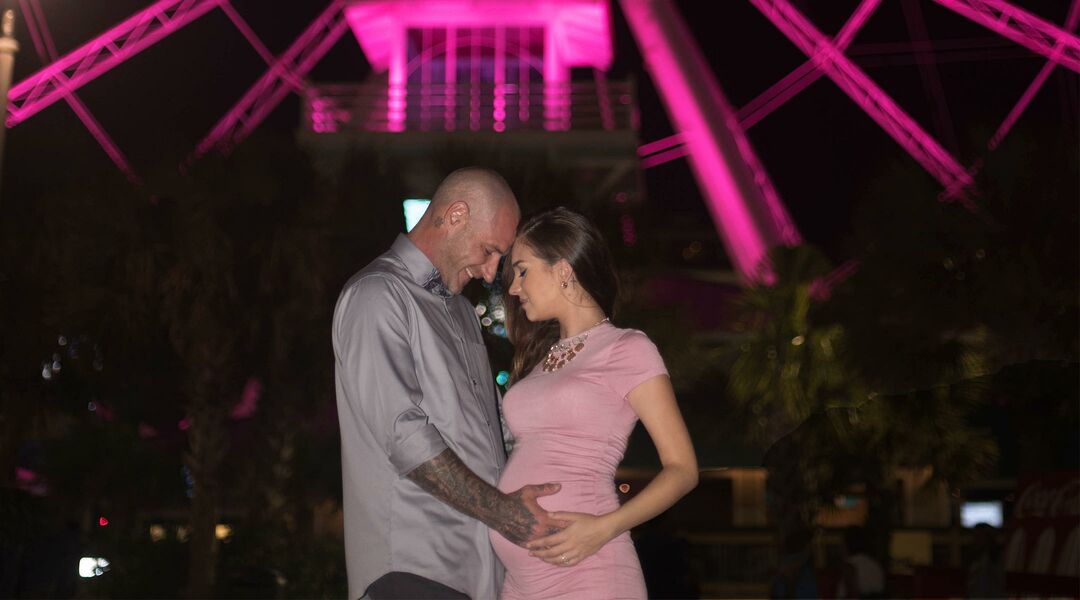 Everyone has a different way of coping after a loss. And when Matt Ostergaard and his fiancée Adrianna Zbik lost one of their twins in utero, that meant going the extra mile to celebrate their surviving baby. During the couple’s babymoon, they orchestrated an over-the-top Ferris wheel gender reveal.

“We found out early on that we were having twins, which was a complete shock to us both, but at the same time, very exciting,” Matt Ostergaard tells The Bump. “At our second ultrasound we found out we lost one of the babies to vanishing twin syndrome. It put Adrianna in a little bit of a depression, so I sought out to make her happy and smile again.”

Since the couple hadn’t yet announced their baby’s gender, Ostergaard decided an epic gender reveal would be just the thing to lift Zbik’s spirits. And their babymoon would be the perfect place to do it. The problem? They hadn’t settled on a destination. New York City was ruled out after the Empire State Building denied his request to go pink for a night (they don’t do private events). So he set his sights south.

“We planned to take one last vacation before the baby to my family’s house in South Carolina so I thought it would be worth a shot to email the people at the SkyWheel,” he says, referring to the 187-foot tall Ferris wheel in Myrtle Beach. “They responded that they would be happy to help and assist in anyway.”

Ostergaard quickly set the rest of his plan in motion. He hired a photographer to take a sunset couple’s maternity shoot on the beach. As soon as it got dark, the wheel illuminated pink—just for their baby. And they captured their perfect gender reveal shot.

“It was such a special feeling to know that it was done for us and to make Adrianna smile again,” he says, adding the park left it glowing pink all night. “She has been all smiles since and extremely excited about becoming a new mom. It definitely got her back to enjoying the pregnancy.”

Congratulations to the couple. Their daughter, Mila Renee, is due on Christmas Eve.