The online video contest celebrates a recognizable milestone, while shining a light on a serious issue.
Save article
ByStephanie Grassullo
Associate Editor
PublishedOct 2018 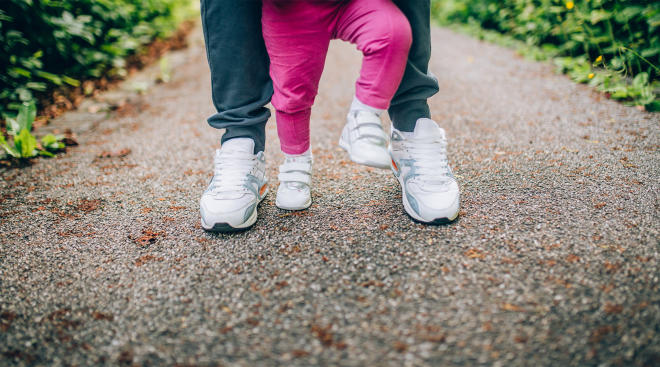 SIDS is the leading cause of death among infants 1 to 12 months old, and about 1,500 babies died from SIDS in the US in 2016, according to the US Centers for Disease Control and Prevention (CDC). The campaign features an online video contest recognizing the “first steps” milestone in a baby’s life, while also bringing SIDS into the spotlight.

“People in the US may be surprised to learn that, among developed nations, we have one of the highest infant mortality rates, ranked 32 among 36 nations. Moreover, the number of unexpected and unexplained deaths has not gone down since the mid-'90s,” explains John Kahan, founder of the Aaron Matthew SIDS Research Guild of Seattle Children’s Hospital.

Parents and grandparents are encouraged to submit videos of their child’s first steps on firststepsforsids.org. All who participate will be asked to make a $5 donation to vote on their favorite video, with 100 percent of the proceeds used to support SIDS research. Videos with the largest number of votes will be announced on Jan. 15.

Be sure to learn about the the SIDS risk factors and how you can keep baby safe while she sleeps.