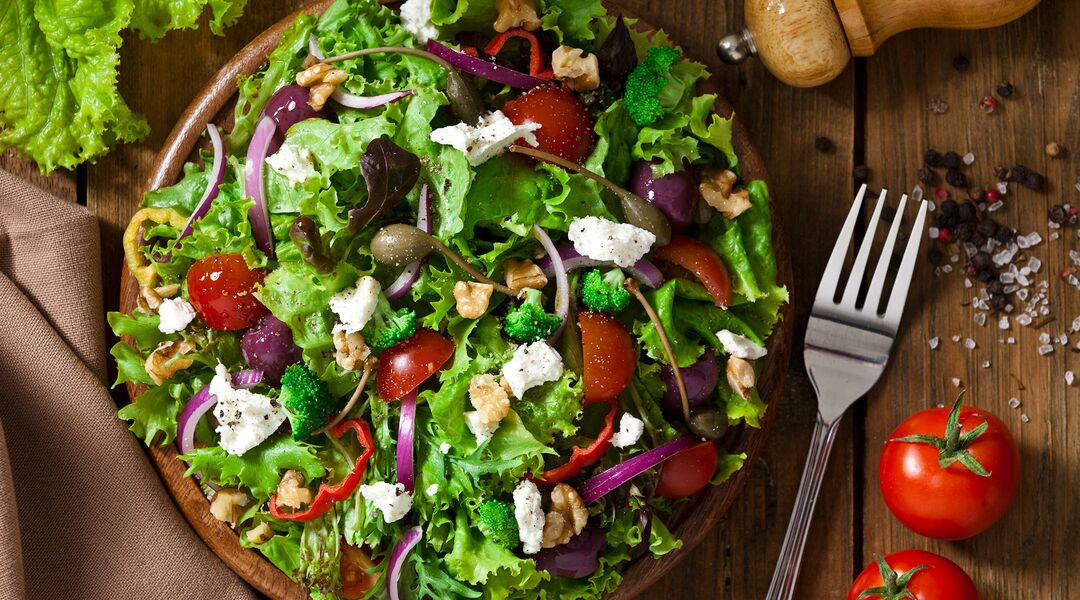 'Maternity Salad' and Other Foods to Induce Labor

The jury’s still out on whether or not you can actually induce labor naturally. But if you’re nearing or past your due date, it doesn’t hurt to try. (Actually, it can hurt, please be careful and talk to your doctor.) One method of choice? Eating certain foods. And a California restaurant boasts a meal that’s said to send multiple pregnant women into labor every month.

Surprisingly, this isn’t a burrito or any of the spicier entrées often thought to get labor going. It’s a salad. The "Maternity Salad" is an actual menu item at Caioti Pizza Cafe in Los Angeles.

"It has been 28 years of this," restuarant owner Carrie LaDou tells TODAY. (TODAY food contributor Siri Daly ate the salad shortly before she went into labor with both of her daughters.) "Pregnant women come in every day—we have between five and 20 a day—they're past due and they want to get the baby out."

LaDou adds that the salad’s reputation is so far-reaching that her own doctor suggested she try it when she was pregnant, not knowing she owned the restaurant it came from.

So what’s in it? Romaine lettuce, watercress, walnuts and pasteurized gorgonzola cheese. But it’s the dressing that women typically credit for contractions. And LaDou says that’s a secret family recipe.

"We're not saying it's the dressing—we don't know what it is," LaDou emphasizes. "So, I always tell [pregnant women], 'If you're here to have a baby, you need to have the salad as it's meant to be.'" (i.e., don’t ask her to hold the watercress.)

Caioti Pizza Cafe isn’t the only Italian joint known for inducing labor. Scalini’s in Cobb County, Georgia, claims its eggplant parmigiana has ushered nearly 300 babies into the world. In fact, if moms don’t go into labor within 48 hours of eating the dish, they get a giftcard for a free meal. The chefs have even shared the recipe.

Do you credit a particular food with jumpstarting your labor? From pineapple and dates to Chipotle, Bumpies definitely have a few tricks up their sleeves.