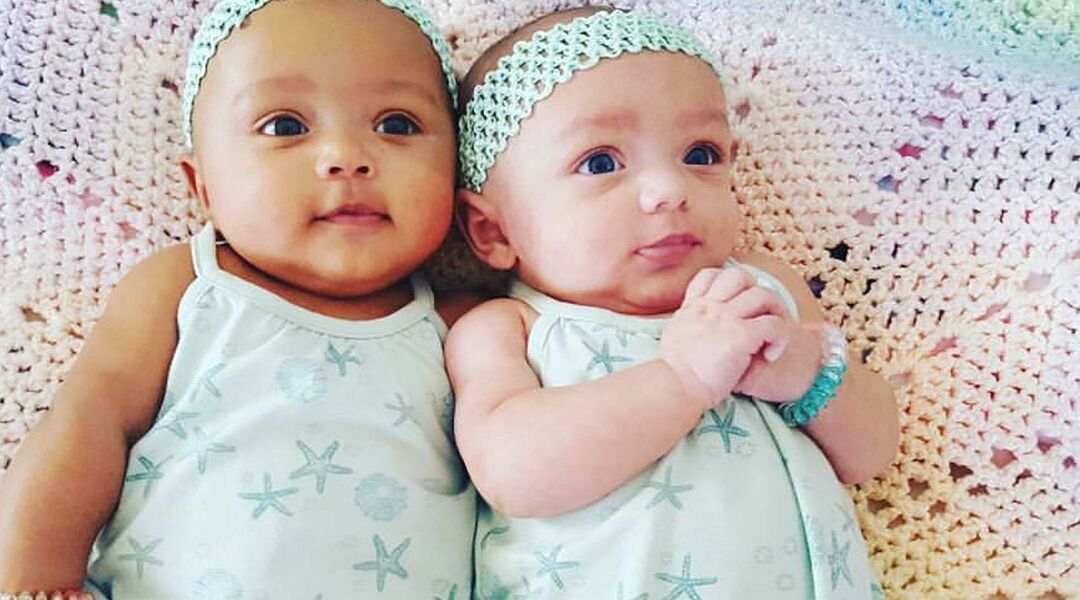 Alright Bumpies, we have a question for you: When was the last time you laid eyes on a pair of twins with different skin colors? Probably never, right?

One Illinois mom already knew her babies would be different, as she was expecting fraternal twins. But she never thought they would have different skin tones.

Meyer says she instantly fell in love with Kalani and Jarani’s differences. While the hospital couldn’t believe it at first, and assumed Kalani would develop a darker tone later, Meyer loved her unique girls from the start. “In our household, we were taught that all is equal and love is love,” she tells The Bump.

In November, Meyer posted a photo of her two-toned toddlers donning some cozy fall attire on Facebook and put this rarity on the map. The post garnered almost 4,000 likes and 300 shares.

While this doesn’t typically occur, it’s not impossible. There is a 1 in 500 chance that biracial couples expecting twins will have babies with different skin tones, reports the BBC. And while Kalani and Jarani are not your typical fraternal twins, they are still considered dizygotic, which means they started out as two separate fertilized eggs, as opposed to just one.

Besides having different complexions, Meyer notes another difference between the girls: “Kalani has more energy and Jarani is laid-back.”

Our takeaway: Not all twins bear a resemblance to one another. And their differences can sure be beautiful.

How to Tell Twin Babies Apart?

Is It True the Older Twin Will Be Bossy?

Do My Twins Have Their Own Language?

How to Keep a Twin Healthy When the Other Is Sick?

Don't Ask This Mom About Her Twins, Okay?