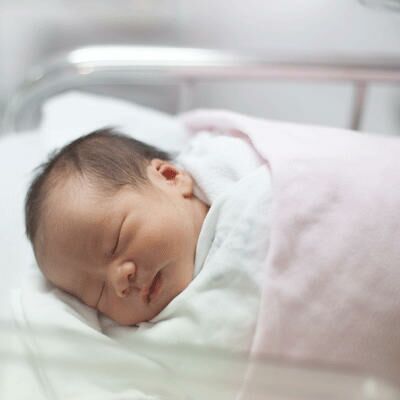 Jennifer Juarez had a picture-perfect pregnancy: no morning sickness, no aches and pains, no cravings. Her baby girl-on-board was energetic, kicking her mama often, until one day, at 37 weeks, when she suddenly stopped. That same day, when the kicking stopped, her daughter, Hope, was delivered. She was three weeks early and ghost white, with 80 percent of her blood gone due to a fetal-maternal hemorrhage.

Hope is the first for her parents, Jennifer and Josh. Jennifer’s pregnancy was the kind every woman dreams of having: no complications, no complaints. “I absolutely felt blessed,” she told ABCNews.com. “I was completely fine while all my other friends were either sick or had issues during their pregnancies. I felt so lucky.” But it was somewhere in between her 37th and 38th week that Jennifer noticed her baby girl stopped moving. She said, “Every morning I felt kicks — she was very active and always moving. So I did all the things they tell you to do — I drank cold water, lay down for a while and ate some sugar. I felt something was off, but I wasn’t sure.”

Thankfully, Jennifer had an appointment that same day with her midwife. After expressing her concerns, she headed to the hospital — just to be sure. Once there, the ultrasound confirmed that Hope’s heart rate was beginning to drop. Jennifer said, “It was all a bit of a blur and a little chaotic. It was scary.”

Shortly after, she was rushed into surgery. When the doctors realized just how much blood Hope was missing (and why), a transfusion was immediately ordered. Baby Hope was delivered via an emergency c-section. She was so pale after delivery that when doctors tried to prick her foot to take her oxygen levels, they struggled to get a drop of blood. Hope weighed only 6 pounds, 2 ounces and had a hemoglobin level of 3.8 (to put it in perspective: average babies measure between 10 and 15).

Her daddy told ABC, “When they first pulled her out, she looked perfectly fine. But she was ghost white. She was breathing like a normal baby, but she had no color to her—not even pink.”

Though “ghost white” are rare, they can be born with neurological damage (generally, most pass away in utero or are stillborn babies). And the number one way to tell if a mother is experiencing a fetal-maternal hemorrhage is by decreased fetal activity. In this case, it was Jennifer’s materal instinct that saved her daughter’s life. Had she waited, chalked it up to nothing, there’s no telling what could have happened to Baby Hope.

A doctor at the hospital where Hope was born says that it’s likely she’ll have no complications. Jennifer added that after the transfusion, Hope “latched on right away.” In the most typical cases, babies with neurological issues don’t latch. She added, “She’s doing everything a baby at her age should be doing. She is smiling and lifting her head and eats really well. She has hit all her markers,” saying, “She’s quite a fighter. It’s so amazing she was able to survive and do so well. We are thinking God must have a special plan for her. Everyone asked us if we had named her after the situation. We didn’t. But it was meant to be.”

Have you experienced any moments where your maternal instincts just “kick in”?