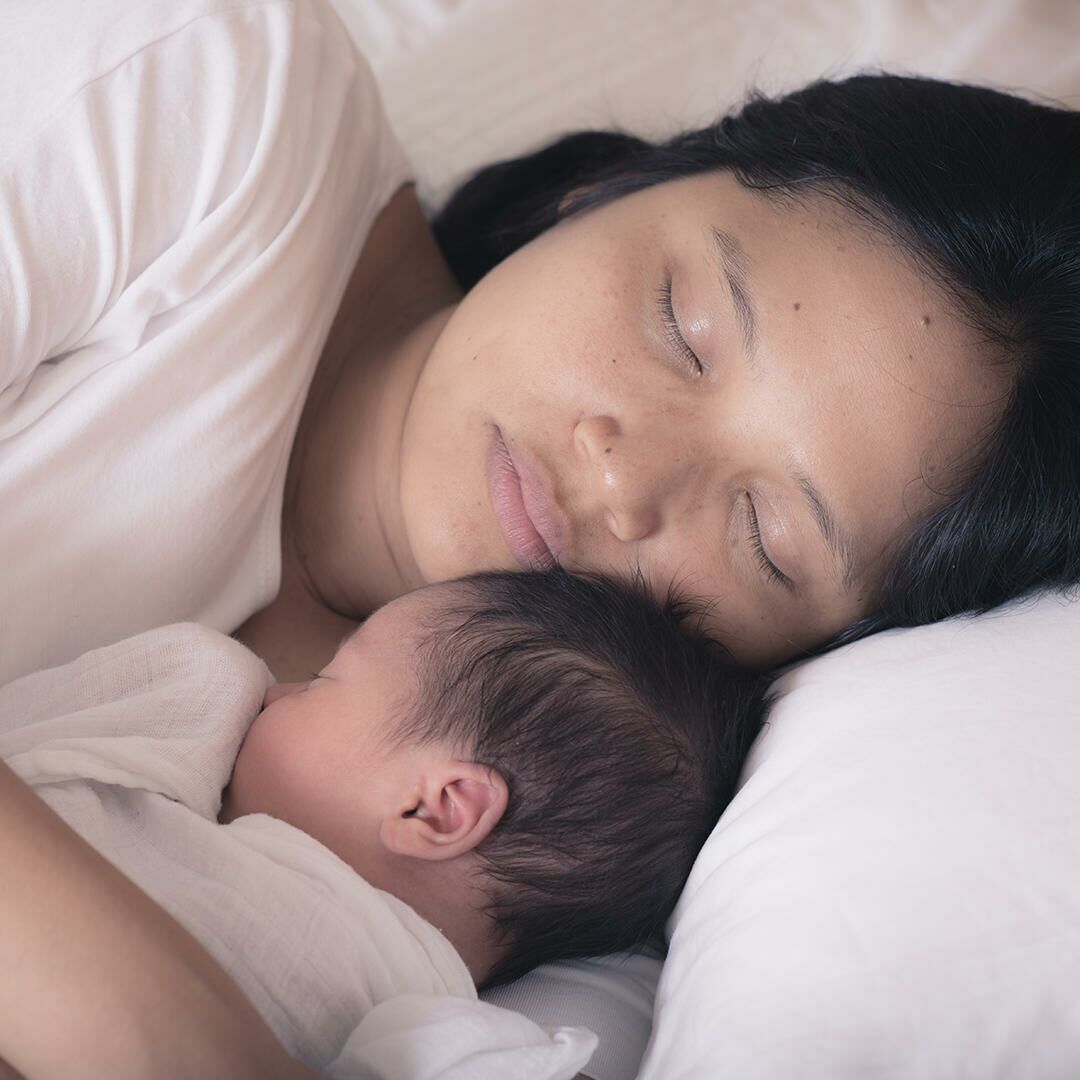 Knowing that co-sleeping can be dangerous—even deadly—to baby, there’s a good chance you’re abiding by the AAP’s recommendation to avoid it altogether. But a pair of Harvard University-affiliated researchers are re-opening the conversation, indicating co-sleeping can drastically change parenting for the better.

“We place an emphasis on being an individual in the United States,” Sarah LeVine tells The Bump , explaining that individuality starts from birth, when baby is placed in a separate nursery. “After all the work we’ve done, we’re not at all sure that’s the best way. In every country I’ve worked, my assistants—privileged, intelligent university graduates—all slept with their children. In Mexico, husbands share beds with sons while mothers sleep with daughters. In India, everyone is in the same bed.”

The LeVines explain this arrangement leads to one overwhelming benefit: more sleep for busy new moms.

“Sleeping through the night is going to be what persuades working parents that it’s advantageous to sleep with a child,” Sarah LeVine says. “Women are exhausted. When I had children 40 years ago, we lived in a long house with the nursery at the other end. I didn’t co-sleep, so I spent so much time getting up to take care of and feed the baby. I didn’t work at the time, so I wasn’t too exhausted. But today, that’s usually not the reality.”

She explains that women can learn how to adjust their sleeping position so baby can breastfeed responsively, without mom ever waking up.

Sound too good to be true? The practice even has a name, coined by biological anthropologist James McKenna: breastsleeping.

Still, parents understandably worry about the dangers of placing a baby in their bed, especially since the American Academy of Pediatrics sites bedsharing as the greatest risk factor for sleep-related infant deaths. They say overtired parents can roll over and suffocate babies, and that blankets and pillows in the bed can do the same.

In the LA Times, the LeVines counter that these risks are outweighed by the benefits of co-sleeping:

“The proven benefits of mother-infant co-sleeping far outweigh the largely imaginary risks,” they write. “Putting a baby in a separate room at night encumbers parents and leads to their exhaustion without guaranteeing the safety or future char­acter development of their children. In Japan—a large, rich, modern country—parents universally sleep with their infants, yet their infant mortality rate is one of the lowest in the world—2.8 deaths per 1,000 live births versus 6.2 in the United States—and their rate of sudden infant death syndrome, or SIDS, is roughly half the US rate.”

The LeVines know that their findings, explored further in their new book, Do Parents Matter?, will be met with skepticism. In fact, Robert LeVine says the backlash has already started.

“We’ve been accused of being irresponsible by the medical establishment,” he tells The Bump of the response to the LA Times piece. “You know what my answer is to that? If the AAP is so concerned about all of this, they should do two things: First, they should start analysis and conversation about the way social class in America affects infant deaths [the LeVines say more low-income families lose infants to co-sleeping]. Second, they should send a delegation to Japan, a which has a fraction of infant deaths, and see how did they do it.”

Ultimately, whether or not you choose to co-sleep is up to you. If you’re looking to keep baby close without actually bringing him or her into your bed, know that options like the HALO Bassinest exist to meet you halfway.